Janice Dickinson says America’s Next Top Model is totally rigged, and the only deciding vote comes from Cover Girl. 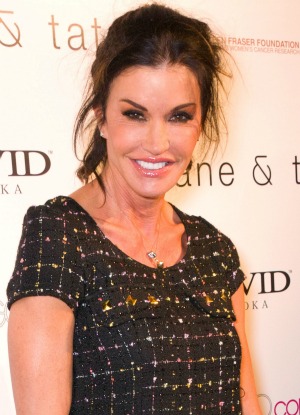 Who really decides who wins on America’s Next Top Model? It’s not host Tyra Banks, and it certainly is not the judges, says Janice Dickinson.

The self-proclaimed original supermodel and former America’s Next Top Model judge says she quit the show because she realized it was rigged — and that the only deciding vote came straight from the corporate bosses at Cover Girl.

Dickinson shared her thoughts in an interview with FilmOn.

“Being conned, thinking I was actually helping judge a TV franchise, that actually my say had any input — but it really didn’t, you see, because Cover Girl are the people who choose the model. Not any of the judges, not what Tyra says. It’s who Cover Girl thinks should win each season,” Dickinson claims.

“People don’t know that. When I found out I split.”

“The fact of the matter is now she’s made like $90 million… She makes a lot of money per year still hawking that franchise worldwide. In essence, they’re doing it in every country. It’s Cover Girl that chooses the winner.”

ANTM winners receive a $100,000 contract with the cosmetics company.

“But definitely on Tyra’s show, it’s rigged,” said Dickinson. “It’s rigged. That’s why I was just, I was so depressed, sitting there knowing that.”

Dickinson’s claim that she quit over the scandal contradicts what she told Radar magazine back in 2005: “I got fired. After a few episodes I began getting labeled a bitch, and that got to me. I was just telling the truth and I was saving these girls from going out there and being told that they’re too short, too fat, their skin’s not good enough. I was to America’s Next Top Model what Simon Cowell is to American Idol.”