Sex and the City author Candace Bushnell is divorcing her husband after she discovered his affair with a younger woman. Read the dirty details! 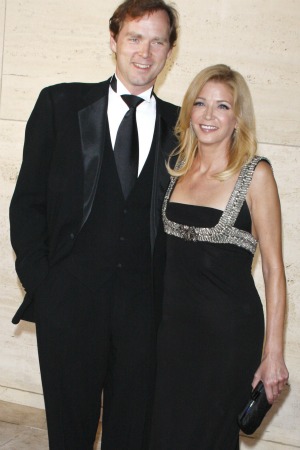 It’s a case of art semi-imitating life: On Sex and the City Carrie had a fling with a ballet star, only to flee after he mistreated her. In real life, author Candace Bushnell married the ballet star — but she’s now leaving him, too.

Bushnell is divorcing her husband of nine years Charles Askegard after she found out he carried on a clandestine affair with ballerina Georgina Pazcoguin — a woman he danced with for eight seasons in the New York City Ballet.

Askegard is ten years younger than the 53-year-old Bushnell. Pazcoguin is 25.

Bushnell is so humiliated by the discovery that she has named Pazcoguin as a co-respondent in the divorce proceedings!

A source told the New York Post, “The divorce was proceeding amicably, then Candace found out about Georgina and became very upset. She believes their affair could have gone on for some time.”

Sex and the City: A fashion scrapbook in salute to TV’s most stylish >>

“Humiliated, it was her idea to take the unusual step of naming Georgina as a co-respondent in the divorce papers.”

Bushnell announced the divorce over the weekend, saying in a statement, “I respect his desire to pursue his own happiness and hope that we will continue to be friends.”

Askegard retired from the New York City Ballet to start his own company, Ballet Next — and Bushnell threw a party to celebrate in October, attended by none other than Pazcoguin. The two have been performing together since 2002 when Pazcoguin began an apprenticeship with the famed ballet company; she joined as a member of the corps de ballet in 2003.