From one style icon to another, Kate Middleton has great style says Madonna. Read what the Queen of Pop has to say about the Duchess and other royals. 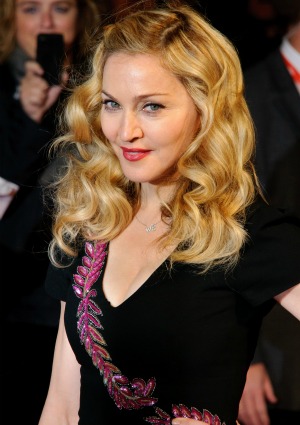 Turns out we’re not the only ones with a huge girl crush on Kate Middleton. Of all people, Madonna loves her too!

The Material Girl says the Duchess of Cambridge is one Brit that fashionable young ladies can emulate.

“She is a lovely girl with a great sense of style,” Madonna told People at a screening of her directorial debut W.E. by the Cinema Society and Piaget in New York. “Her wedding dress by Alexander McQueen was very beautiful.”

“I like her choices,” Madonna added. “She’s elegant and still knows how to have some fun. I’m a fan of her style.”

Ironically, another royal whose style Madonna admires is one who was never quite a royal at all — and who is directly responsible for Kate’s hubby Prince William being in line for the throne.

Wallis Simpson is the subject of Madge’s new flick — and after King Edward VIII abdicated the throne to marry her, the great grandfather of Wills took over. Without Wallis, we’d have no Kate!

“She developed a style and stuck with it whether people were interested or not. I admire her individuality,” Madonna said of Simpson.

“The freedom that [Kate] has and the freedom the royal family has now is nice and is refreshing,” she shared. “It’s too bad that Edward VIII didn’t have that same kind of freedom back in 1937 to make his own decisions and to be the prince of the people, which Prince William is allowed to be. I like how modern they are now.”

Madonna’s movie W.E. is out in limited release Dec. 9.