Adele is about to get closer to us: She just took over her official Twitter account after making a deal with fans.

The golden voiced angel — otherwise known as Adele — is now on Twitter! Well, she was always on Twitter, but she pledged to take over her account if fans did something in return. 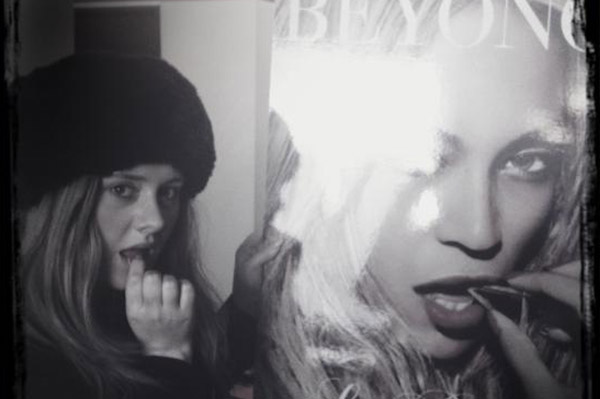 Well, her fans are dedicated — they managed to hit that 10,000 mark in less than a day.

“F**k me that was quick!ThankU! I’m in bed, watchin Gladiator, eatin an apple,” she added.

Love it! We haven’t had a chance to really “get to know” Adele since she took off in the U.S. Now we can see what we always suspected: She’s awesome and hilarious and pretty much the best person and singer ever.

The best-selling British singer is still recovering from her throat surgery earlier this month, but she took to her blog over the weekend to thank fans for her Grammy nominations.

“A couple days after finally being able to talk again I’m pretty speechless. This has been the best year as it is but to end 2011 with this incredible achievement and honor is beyond anything I can express. This record has taken on a life of its own thanks to you. I made the record and you’ve made it what it’s become,” she wrote.

Here’s hoping she takes more of her down time to tweet. C’mon Adele, we want to hear more from you!