Jesse James is back on television — and the controversial public figure admits that people are tired of hearing about his romantic shenanigans. 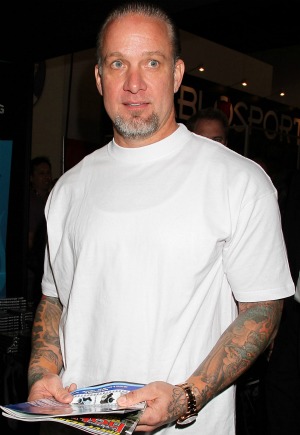 Bet you were just counting the days until you could see Jesse James on your television screen again! Count your lucky stars, because your wish just came true!

Sandra Bullock’s infamous ex is guest-starring on American Chopper and hopes to parlay the appearance into a revamp of his own show Monster Garage. He says that’s what people want — and he intends to give it to us.

“I think people are tired of hearing about my personal life and ready to see me work again,” James told the LA Times. “People have almost forgot that I am one of the best in the world at what I do.”

James managed to slam his ex-wife Sandra Bullock and his ex-fiancée Kat Von D with his next statement, in which he denies he’s a sex addict and disses the women.

“I became a big shot and married some Hollywood actress and didn’t talk to anybody anymore, so I feel bad,” he said.

Jesse James’ ex-mistress says “I told you so” >>

“I don’t have that great a social life. I ride my bike to a friend’s club. I sit in the back and drink mineral water and watch a jazz trio play for a couple hours and then I ride home. That’s how I get down, man.”

Wherever does he find the time, what with the 19 women Kat Von D says he cheated on her with?

“I think I had to go through all the stuff I went through to find out what was really important. I’m a single dad to three kids, and that’s 99 percent of my life. The other one percent is my work and creativity and being devoted to that,” James said.

“I feel obligated to reconnect with all these people and show ’em that I’m still the same fabricator motorcycle guy. I’m not what I became.”

Decide if the bike Jesse James built is up to snuff by watching American Chopper on the Discovery Channel.