Giuliana Rancic and Bill Rancic appeared on NBC’s Today Show Monday morning to reveal something very personal: She’s opting for a double mastectomy to keep her breast cancer at bay. 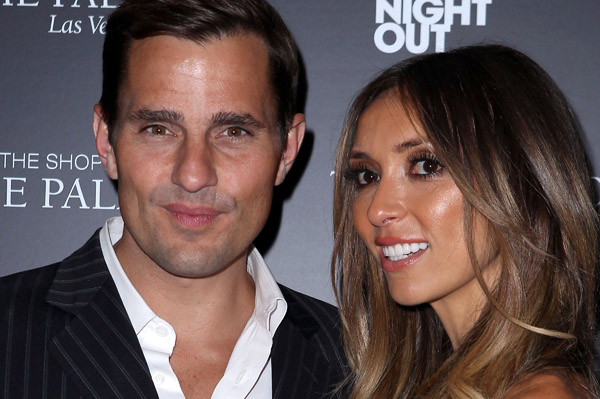 “I’m going to move forward with a double mastectomy,” Giuliana revealed with Bill by her side. “To be honest, at the end, all it came down to was choosing to live and not looking over my shoulder the rest of my life.”

Why is she being so public with her breast cancer battle? It’s simple: To help other women.

“First, I would like to take the stigma away. ‘Mastectomy.’ The word seemed so scary to me at first. After doing research and seeing the advancements, the surgery has come a long way from 20 years ago. The results can be incredible,” she said.

We commend her strong decision to put her health first — and we’re not the only ones. Celebrities and fans tweeted their support for the couple in the hours after the interview.

“Her positivity throughout this ordeal is a true inspiration,” friend and E! News co-host Ryan Seacrest tweeted.

“@GiulianaRancic @billrancic sending you both lots of prayers and love!!!!”

Real Housewives of New Jersey star Teresa Giudice said how inspirational Giuliana is for going through this in public. “@GiulianaRancic My prayers are with you sweetie. You’re an inspiration to women everywhere for sharing your story. Love you! Xx.”

The couple thanked their friends and fans for their support through Twitter.

“Thank you for the outpouring of prayers for Giuliana!” Bill tweeted Monday afternoon. “Yes … Thank u all!” Giuliana added.

The couple also expressed hope for the new year ahead. “I hope for a full recovery by New Year’s Eve. We’re planning to be in Times Square!” she said.