Michelle Rounds is rocking a huge engagement ring these days, courtesy of her fiancée, Rosie O’Donnell.

Rosie O’Donnell is in love and doesn’t care who knows it! The talk show host and comedian revealed Monday that she’s engaged to her girlfriend of just a few months, Michelle Rounds. 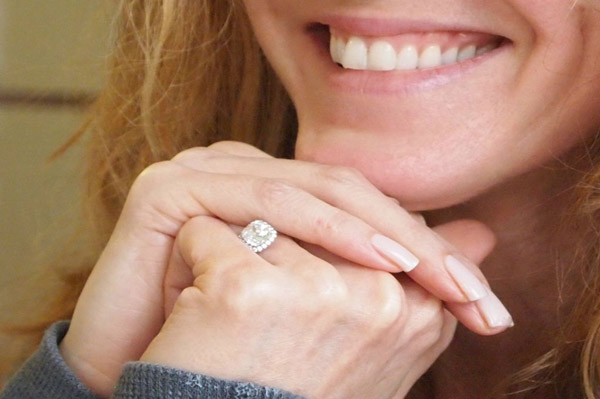 No official plans are set, though sources claim it’s going to happen over the holidays. We wouldn’t be surprised if they marry over the holidays, given the quick nature of their engagement. The couple met earlier this year at a Starbucks and went public with their romance in September.

“I thought she was a 28-year-old heterosexual girl, because that’s what she looked like to me. And she’s a 40-year-old gay woman,” O’Donnell joked on ABC’s Nightline in October. “My gaydar was way off!” 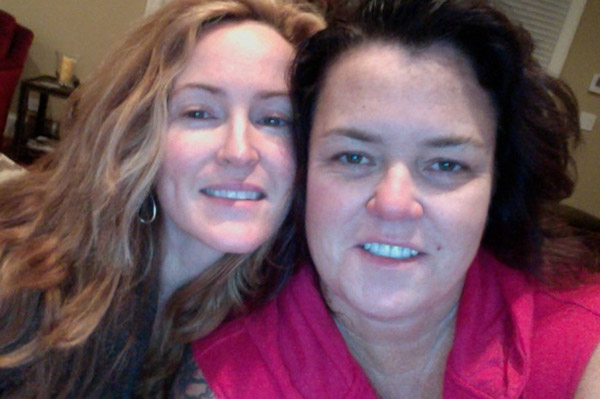 She added to the sentiment in a People interview. “I did not expect it when I met her at Starbucks,” O’Donnell told the magazine that month. “She didn’t look like any lesbian I’ve ever met. But it’s fun and very exciting.”

However, not everyone is so happy about the fast-moving relationship. Rounds reportedly didn’t tell her parents of her new relationship — they found out about it through papers.

“It totally hit us out of left field,” Rounds’ father, Roger Rounds, told the National Enquirer.

“This has been a painful experience for me and my wife,” he added. “We’d always held out hope that Michelle would eventually find a nice guy to marry, settle down and have kids.”

Do you think Rosie O’Donnell is moving too fast?