Rolling in the Cash: Adele’s 21 has surpassed the Amy Winehouse blockbuster Back to Black to become the UK’s biggest seller of the century. 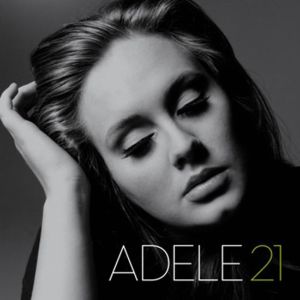 Yep, Adele’s soulful sophomore album 21 has become the biggest seller in Adele’s native England and neighboring Ireland, the Official Charts Company confirms. The record has moved over 3.4 million units since its release in January.

The LP has overtaken the late Amy Winehouse’s 2006 masterpiece Back To Black. That disc nabbed the best-seller of the century record shortly after the songstress’ death in July. Back to Black has sold 3.3 million copies to date.

Adele’s 21 has not left the top 10 since its release and has been on the chart for 45 weeks. The album was given a further push in the wake of six Grammy nominations last week, including an Album of the Year nod and a Song of the Year hat-tip for “Rolling in the Deep.”

Adele steals the show at the MTV VMAs >>

The European success of 21 has been matched in the U.S., the world’s biggest music market. The compilation passed the 4 million copy mark in October and is the nation’s biggest seller of the year.

Meanwhile, Adele, 23, continues to recover from surgery to save her voice. The powerhouse was forced to cancel the remainder of her live dates and award show appearances after undergoing surgery in Boston last month to treat a benign polyp on her vocal cords.

In a message posted on her blog over the weekend, the singer said she was “lost for words” over the Grammy recognition:

“A couple days after finally being able to talk again I’m pretty speechless. This has been the best year as it is but to end 2011 with this incredible achievement and honor is beyond anything I can express. This record has taken on a life of its own thanks to you. I made the record and you’ve made it what’s its become.”