Duh, losing! Charlie Sheen reportedly forked over the $11,000 in bail money necessary to free his troubled ex-wife from an Aspen jail following her weekend bust for assault and drug possession. Brooke Mueller, a pal of heiress Paris Hilton, was taken into custody early Saturday morning after a woman told authorities Mueller assaulted her at a local Pitkin County bar. 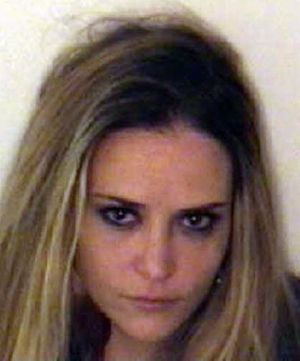 Charlie Sheen has played the white knight, bailing his ex-wife out of jail after her weekend bust in the Rockies.

Brooke Mueller was charged with one felony count of intent to distribute cocaine and misdemeanor assault in Aspen, Colorado last week. The mother of the pair’s two-year-old sons, Max and Bob, was taken into custody early Saturday morning after a woman told officers that Mueller assaulted her at the Pitkin County bar Belly Up.

Sheen, former star of TV’s Two and a Half Men, picked up the tab for Brooke’s $11,000 bail after her fed-up parents refused to help.

“They actually wanted to leave her in jail. Brooke’s family is done with her, she has to get straight or she is going to die,” a source told Radar Online.

The sometimes reality star, 34, has long struggled with booze and drugs. Her battle against crack addiction was featured prominently on Oxygen’s ill-fated docu-series The World According to Paris. The show also showcased Brooke’s close friendship with heiress Paris Hilton.

Brooke has spent much of the past year in and out of rehab. She completed a 45-day stint in a treatment facility as recently as July.

The treatments, however, haven’t helped as much as her friends and family would hope.

“Brooke can’t stay sober on her own,” one loose-lipped insider remarked following the weekend arrest.

“Maybe this [arrest] will force her to go into a treatment center for a long stay. Thirty-day rehabs won’t work for her. Her family has been trying to get her to do this, now maybe the court will force her to get the help she needs! She has enough family to take care of the kids while she’s away.”

Brooke’s three year marriage to Charlie formally ended in May. The exes now share custody of their twins.

The former Mr. and Mrs. Sheen cited Christmas Day 2009 as the day of their breakup. That’s when Sheen was arrested in Aspen on suspicion of assaulting Mueller. At the time, Mueller told cops her husband held a knife to her throat and threatened to kill her.

Brooke’s next court hearing is scheduled for Dec. 19. If found guilty of the drug charge, she could face up to six years in prison.