From their dazzling dresses to their sparkling personalities, the stars of New Year’s Eve were absolutely stunning at their premiere Monday night. SheKnows was on the carpet to get you all the scoop on this festive flick.

t
The carpet at the premiere of New Year’s Eve was almost as star-studded as the movie itself, with gorgeous actresses like Michelle Pfeiffer, Hilary Swank and Lea Michele all showing up in show-stopping dresses. 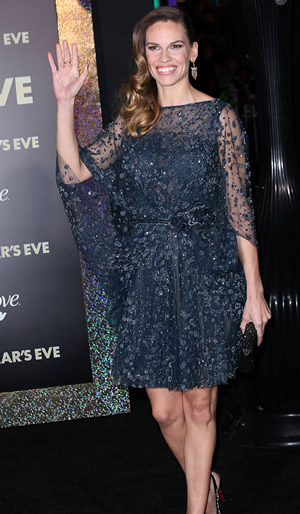 Hilary Swank jokes about her wardrobe at the New Years’s Eve premiere.

What was Hilary Swank’s wardrobe malfunction?

When Swank stopped to chat with SheKnows, she let us in on a little wardrobe malfunction with her gown, asking our opinion on how to fix it!

“I think my arms are in the wrong holes,” the actress laughed, before proceeding to show us the different ways to wear her sleeves. “I think you have to have a degree to figure out how to put these dresses on.”

Either way, we think she looked fab in her navy blue number and diamond Neil Lane chandelier earrings. After dishing on the film, Swank let us in on her favorite part of the New Year’s Eve holiday.

“Just sitting at home with my friends and family around the kitchen table, reflecting on the year past and the year to come,” said Swank.

Who will Lea Michele kiss on New Year’s Eve? 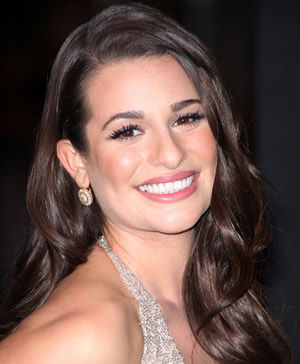 Glee star Lea Michele, sporting a gorgeous Valentino gown, told us she too enjoys spending the holiday with loved ones.

And just because she’s single, doesn’t mean she won’t be getting any action on midnight.

“I’ll probably force my best friend to make out with me,” Michele joked.

What can you expect from teen star Abigail Breslin?

Another of the film’s leading ladies may be too young to talk kisses just yet, but she isn’t too young to sport A-lister attire. Abigail Breslin, 15, was stunning in a white frilly frock as she spoke very maturely about her successful career.

“I feel very lucky that I get to do movies, but once I go home it’s just about hanging out with my family and friends,” Breslin told us. 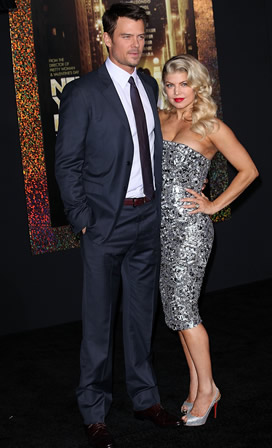 Josh Duhamel with his New Year’s kiss at the premiere of New Year’s Eve.

And although the starlets stole the spotlight Monday night, we have to hand it to hotties Zac Efron and Josh Duhamel for their dapper duds, as well.

Efron looked amazing in a slick grey suit as he posed with his love interest in the film, Michelle Pfeiffer. While Duhamel looked dashing too, it was his lady love Fergie in her sequined white dress that really wowed the crowd, stopping to blow a kiss to SheKnows.

To hear more about the celebs’ favorite New Year’s memories, their fantasy midnight kisses and their upcoming resolutions, watch our carpet coverage above.

23 mins ago
by Alyssa K. Davis