Heard the one about Beyonce’s baby bump being a fake? Her mother, Tina Knowles, has a thing or two to say about that!

Beyonce may not be mad at the world for speculating her baby bump is a fake, but her mother is! The singer and first-time mom-to-be recently shared the story of what Tina Knowles has to say about the rumors that refuse to die down. 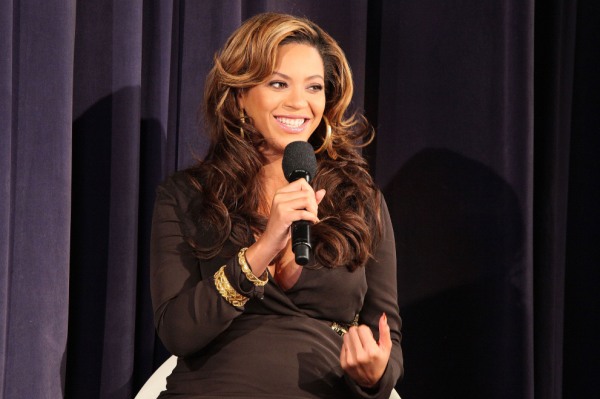 Beyonce, pictured here on Nov. 20 at a special screening of her Live at Roseland concert film at the Paris Theater, has Tina Knowles in her corner, ready to pick a fight if need be. The singer, currently expecting her first child with husband Jay-Z, recently commented on the rumors she’s faking her pregnancy.

“There’s some things that are so far (fetched) that it doesn’t even upset you,” Beyonce said. “(But) my mother, she’s like, ‘Nobody’s talking about my grandbaby (like that). My grandbaby’s not even here yet… I don’t like it!’

Beyonce continued to explain, “I’m like, ‘Calm down, mom, it’s OK, it’s really silly.’ My mom is really protective and so is my sister, but I’m cool. It’s so ridiculous and over the top.”

At the age of 57, Tina Knowles is mother to Beyonce and Solange Knowles. She is already grandmother to Solange’s 7-year-old son Daniel Julez Smith, Jr.

Though Beyonce didn’t go so far as to confirm she’s having a girl during a recent 20/20 interview,  she did share one fervent hope for her child parents worldwide know quite well. “I don’t care,” she said of her baby-to-be’s gender. “I just want — I’m just like everyone else. And now I know why people say that, it’s true. I just want [a healthy baby].”

Does Tina Knowles’ ultra-protective stance do anything to dismiss the Beyonce fake baby bump rumors in your mind?

Will Beyonce’s baby be a Christmas miracle?
Beyonce’s pregnancy cravings: No hot sauce and bananas
What is Jay-Z’s big parenting paranoia?