Lady Gaga tearfully took the stage Sunday night to accept an award from the Trevor Project. Why did she receive the honor? 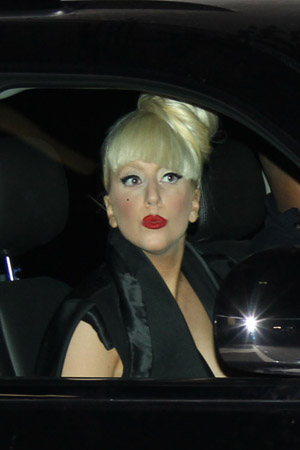 The stars turned out Sunday night for Trevor Live to raise funds for the anti-bullying organization, The Trevor Project. A number of big-name celebrities — including LeAnn Rimes, Neil Patrick Harris, Zachary Quinto, Glee’s Amber Riley and Dianna Agron — showed up to perform and support the cause.

However, Lady Gaga was the big honoree of the night. The “Born This Way” singer was awarded with the Hero Award for her work on behalf of gay teen Jamey Rodemeyer. The gay teen posted a video thanking his favorite singer for her music before he took his own life.

“I appreciate this award so much. But truthfully, I am not the hero. The hero is Jamey,” the 25-year-old singer said in a teary acceptance speech. She received the award from Rodemeyer’s parents.

“I want my fans and people all over the world to know that there’s always somebody that’s listening. But I want them to know they’re listening before it gets too late.”

Gaga announced the Born This Way Foundation shortly after the teen took his life. Part of the revenue from Barney New York’s Gaga’s Workshop will go toward the fund.

“I know [the Rodemeyer family] will continue to work in Jamey’s name… to end discrimination, to end fear,” Gaga continued. “And to, as much as we can, come together, as it will take a village and an army, [some] countries and continents to make bullying a hate crime.”

“I learned very long ago that my time here on this earth would not just be for pop singing because I was very blessed to have beautiful fans, like I have in Jamey, like I will always have in Jamey,” Gaga said. “Thank you so much this award tonight. This means more to me than any Grammy I could ever win.”