Real Housewives of Beverly Hills star Kim Richards is headed to rehab to deal with her alcohol problems, according to a source. 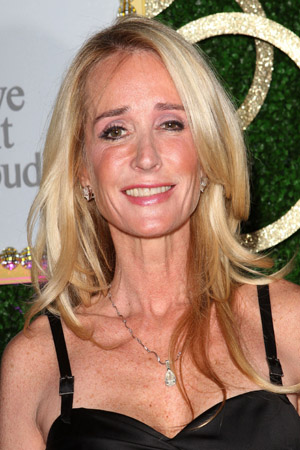 Real Housewives of Beverly Hills star Kim Richards is leaving television cameras behind — at least for a little while — to go to rehab. Multiple sources confirmed to Entertainment Tonight that the reality star is getting help for her problems with alcohol.

Richards’ questionable drinking came under fire last year during an emotional confrontation between the reality star and her co-star sister, Kyle Richards. “You are a liar …you are an alcoholic! Yeah, that’s right. I’ve said it now and everybody knows,” Kyle told Kim during a birthday party for Taylor Armstrong.

Kim checked into rehab soon after, but left the center a week later.

Her drinking came out again this season when new co-star Brandi Glanville accused her of being “wasted out of her f**king mind” during a game night. Kim and Kyle then ganged up on Glanville before Armstrong stopped it.

“It’s just ridiculous,” Armstrong said. “They’re going to what — beat each other up at this point?”

Kim’s drinking came up again during the Nov. 7 episode when Kim explained that her slurred speech and half-closed eyes were caused by medications that included Topamax, a drug known for helping alcoholics.

Of their personal problems, Kim and Kyle said it’s difficult to live their lives on television.

“We’re very different and we clash sometimes,” Kyle told People last year. “Being in front of the cameras brings out things that you don’t really expect.”

Hopefully a break from the prying eyes of the public is exactly what Kim needs to get her life back on track, once and for all.