Angelina Jolie is getting ready for the release of her directorial debut, In the Land of Blood and Honey. Will a new lawsuit derail her triumph? 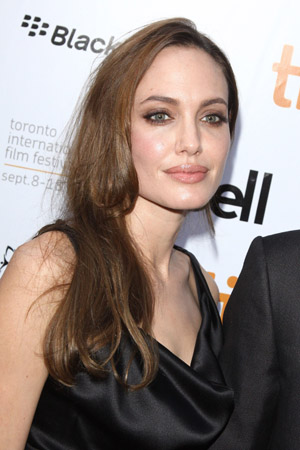 Angelina Jolie says she wrote the script for her directorial debut, In the Land of Blood and Honey, while battling the flu.

“I was thinking and meditating on these international themes of violence against women, lack of intervention and how human beings are changed and warped by war, and how some people come out stronger and some people are truly broken,” Jolie told This Week anchor Christiane Amanpour in a new interview. “There’s no safe way to tackle these subject matters, but I think the important thing is to discuss them and tackle them.”

However, another author says Jolie stole the film’s concept from his 2007 book. Croatian journalist James J. Braddock is now suing Jolie and the production company behind the film for stealing the concept.

Braddock is demanding a jury trial to recoup damages, though no court date has been set.

Jolie continues to promote the film with a variety of high-profile interviews on shows like 60 Minutes and she’s the cover girl for this week’s issue of Newsweek. Reviews of the film have generally been positive, though all anyone really wants to talk about is whether or not the mother of six will ever marry longtime partner Brad Pitt.

“The kids asked me the other day and I asked them if it was just because they wanted to have a big cake,” she told Amanpour. “They see movies that have the people getting married in the movies …you know, the happily ever after. Shrek and Fiona are married.”

“We’ve explained to them that our commitment when we decided to start a family was the greatest commitment you could possibly have. Once you have six children, you’re committed.”

Do you think Angelina Jolie wrote In the Land of Blood and Honey?