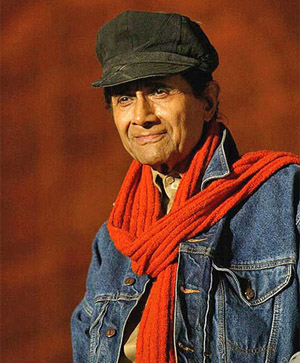 Iconic Bollywood star Dev Anand passed away Saturday from a heart attack. He was 88.

“It is with great sadness that the family of Mr. Dev Anand announces his death,” the family said in a statement. The family also requested “privacy until further announcements are made.”

The prolific actor stared in 114 films during his 65-year career with a starring role in 100 of those movies. His debut film, 1946’s Neecha Nagar, co-won the Grand Prix du Festival International du Film during the first Cannes Film Festival.

Anand — known for his looks and demeanor — was often compared to American actor Gregory Peck. He wasn’t fond of that comparison, saying that he’d rather be considered as an individual.

“When you are at an impressionable age you make idols. But when you grow out of the phase, you develop your own persona. I don’t want to be known as India’s Gregory Peck, I am Dev Anand,” he told Mid-Day.com in 2003. He echoed the words in a CNN interview.

“Gregory Peck was Gregory Peck. At this stage I would rather be Dev Anand.”

His last film, Chargesheet, came out just months before his death. Now, all fans and friends remember their icon.

“Dev Anand was a great artist who entertained generations of cinema lovers over five decades,” Indian prime minister Manmohan Singh said in a statement. “He was an embodiment of long passion for acting and filmmaking. I join millions of his fans in mourning his death.”

Author Salman Rushdie echoed those words with his own tweet. “I grew up watching your films. Sorry to say goodbye.”

Anand will be cremated in London and returned to India, according to reports.