E!’s Giuliana Rancic dropped by The Today Show with a somber update on her battle against breast cancer. The entertainment reporter has decided to undergo a double mastectomy and reconstructive surgery in hopes of reducing her risk of recurrence. 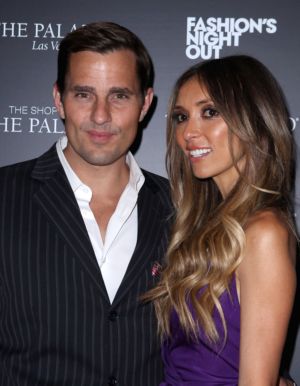 E! host Giuliana Rancic returned to The Today Show this morning with an update about her breast cancer treatment.

“I’m going to move forward with a double mastectomy,” Rancic said on Monday’s show. “To be honest, at the end, all it came down to was choosing to live and not looking over my shoulder the rest of my life.”

Two months ago, Giuliana, 37, appeared on the NBC program and revealed that she’d been diagnosed with breast cancer while seeking in-vitro fertilization (IVF), part of a lengthy journey toward parenthood with husband Bill Rancic.

The star of the Style Network’s Giuliana & Bill disclosed that, while undergoing another round of IVF treatment, she was given a mammogram that detected the cancer.

Rancic wasn’t going to have her first mammogram until she was 40, but her doctor urged her. When she learned she had breast cancer, Giuliana was floored.

Giuliana Rancic back on TV after surgery >>

“Through my attempt to get pregnant for the third time, we sadly found out that I have early stages of breast cancer. It’s been a shock. A lot of people have been asking, we saw that you went and got IVF, are you pregnant? But sadly, we’ve had to put that off.”

She underwent a double lumpectomy and a round of radiation in October, but doctors were not “able to get all the cancer out” in one breast, Bill explained.

Giuliana’s chances of the cancer returning drop dramatically if she opts for the mastectomy. So she’s doing just that.

If she had chosen to do another lumpectomy, radiation and medication, “I’d have to put off having a baby for several years,” she said. “It’s important to me to get the cancer out… ‘Mastectomy’ the word seemed so scary to me at first. After doing research and seeing the advancements, the surgery has come a long way from 20 years ago. The results can be incredible. Not only can it save your life, but you can come out feeling healthier and with a positive self-image.”

Giuliana’s surgeries, including a reconstructive procedure to rebuild the breasts, are scheduled for sometime later this month.

“Our goal is to be done with this by Christmastime and not look back,” added Bill, 40.

Does Giuliana’s ordeal sound familiar? It should.

Up All Night actress Christina Applegate made the decision to have both of her breasts removed after being diagnosed with Stage II breast cancer in 2008. As the daughter of a breast cancer survivor, Christina has the breast cancer gene, BRCA1, which would have made a recurrence of the disease inevitable if she chose to keep her breasts.