Tax trouble for supermodel Christie Brinkley. The blonde bombshell featured in the 1983 comedy National Lampoon’s Vacation owes $531,000 in back taxes. The IRS has filed a lien against one of Brinkley’s four Long Island, New York estates. 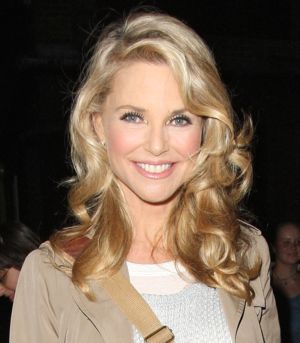 Talk about “un-model behavior” for an “Uptown Girl!”

Uncle Sam has a bone to pick with Christie Brinkley. The ’70s/’80s-era supermodel, with more than 500 magazine covers to her credit, owes $531,000 in back taxes, The New York Daily News reported Saturday.

The debt has prompted the Internal Revenue Service (IRS) to file a tax lien against Brinkley. On Nov. 21, the IRS placed a lien on Christie’s mansion in Bridgehampton, New York, one of four Long Island properties owned by the four-time divorcée.

Claire Mercuri, a spokeswoman for Brinkley, 57, says the star was surprised to hear the lien had been filed, but is working with tax officials on a resolution.

“Christie Brinkley …has instructed her team to resolve the matter immediately.”

The legal spat ended with a $2.1 million settlement for Peter and custody of the former couple’s two children — Jack and Sailor — going to Christie.

“I feel like I should apologize to everybody for them having to read all of that tawdry stuff and having it delivered to their kitchen tables when their kids are around, you know? I would never get married again,” the one-time Prell spokesmodel told Ladies Home Journal in July 2009. “With what I know I don’t see why anyone would get married.”