Beauty busted! A lawyer for Miss USA 2010 Rima Fakih confirms that police in the Detroit enclave of Highland Park arrested his client on a drunken driving charge early Saturday. 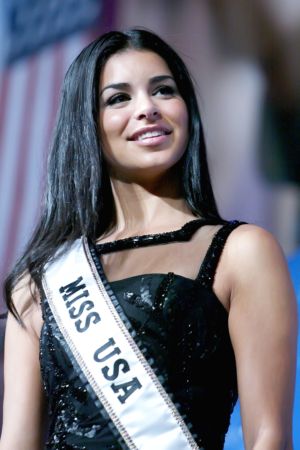 Beauty queen Rima Fakih, a former Miss USA winner, was arrested on suspicion of drunk driving near her home in suburban Detroit over the weekend.

Attorney Doraid Elder, who represents Fakih, says the Dearborn native, who won the coveted crown in the 2010 pageant, was taken into custody after being stopped by officers in Highland Park early Saturday.

Fakih appointed herself as a designated driver after deciding her companion was too drunk to get behind the wheel, only to realize that she, too, was intoxicated, the lawyer said.

Rima, 26, is “very saddened and very apologetic for the situation that she is in right now,” Elder told The Detroit Free Press Sunday.

The Kardashian doppelganger has courted controversy in the press before. Fakih was the first Arab-American to ever claim the Miss USA title, but she was one in a series of pageant queens to be the subject of a blush-inducing photo scandal.

Shortly after her pageant victory, a Detroit radio station released snapshots of Fakih dancing seductively in a 2007 station-sponsored striptease contest. Channel 99.5 FM’s “Mojo In The Morning” published several images of the former Miss Michigan, clad in shorts and a tank top, gyrating on a platform surrounded by nearly 50 other women.

“The strippers there taught the contestants how to do moves like ‘booty poppin’ and pole dancing. Rima told us at the time that she was a model — and her routine was awesome! She definitely deserved to win,” head DJ Mojo said at the time. “We got phone calls from the Miss USA people and they’re pissed off! We asked if Rima’s going to be in trouble over these photos and they would not comment on it. We would hope she won’t lose her title…”

Rima maintained that the pictures were actually taken during a promotional event hosted by a friend. She denied any wrongdoing.