Brooke Mueller is back in serious legal trouble after being busted for cocaine and assault in a Colorado nightclub.

We never thought we’d say this and mean it, but it looks like Charlie Sheen‘s twin sons, Bob and Max, are better off with him than their mom Brooke Mueller. 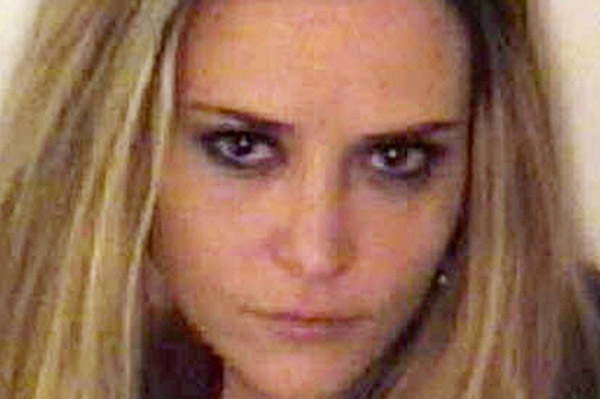 Mueller, 34, was arrested at an Aspen, Colorado nightclub for a class-four felony charge of possession of cocaine with intent to distribute and third-degree assault, according to the Aspen Times.

“It is alleged that she had in excess of four grams of cocaine, gross weight,” Chief Deputy Assistant District Attorney Arnold Mordkin told the newspaper. Police were called to the Belly Up club around 11:30 p.m. Friday night after a woman reported an assault. She identified the culprit as Mueller, later found at a nearby club.

The ex-wife of Sheen was booked and paid a $11,000 bond. She’s ordered to return to Pitkin County District Court on Dec. 19 for arraignment.

“She’s obviously a person who attracts a lot of media attention and we will handle this case just like we handle all cases,” Mordkin added. “She’ll get treated like we treat everybody else.”

This isn’t Mueller’s first run-in with the Aspen police. She had a violent knife-and-choking fight with then-husband Sheen on Christmas Day, 2009. They separated soon after.

The sometimes-actress has battled substance abuse problems for years and completed a 45-day drug treatment program in July after she was spotted with a possible crack pipe. Those close to The World According to Paris star want her to get help, but acknowledge that she needs a serious intervention to do so.

“Brooke can’t stay sober on her own,” a source close to her told People. “Maybe this [arrest] will force her to go into a treatment center for a long stay. Thirty-day rehabs won’t work for her. “

“Her family has been trying to get her to do this, now maybe the court will force her to get the help she needs! She has enough family to take care of the kids while she’s away,” the source added.

Her rep, Steve Honig, dismissed that source as bogus.

“I think anyone who is truly a friend of Brooke’s would not be spending their time talking anonymously and behind her back to the media. I seriously question the validity of any comments made by these people alleging to be friends with Brooke,” he said.

Should Charlie Sheen get custody of the children while Mueller is dealing with legal troubles?