Khloe Kardashian is being sued for allegedly causing “severe mental anguish” after a late-night fight outside an L.A. club in 2009. 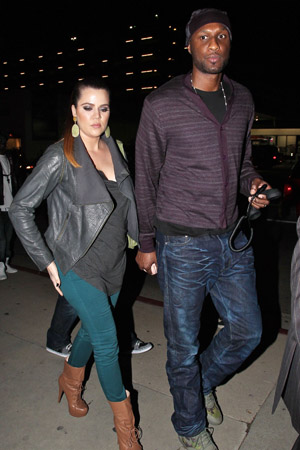 When someone attacks you outside a nightclub, do you: Call the police and press charges or do you wait for two years and sue that person?

If you’re Chantal Spears, you do the latter and file suit nearly two full years later. Spears — also known as Rolando Spears — filed a lawsuit in a Los Angeles county court claiming that Khloe Kardashian attacked her “in and about her body” outside Hollywood’s Playhouse Nightclub on Dec. 5, 2009.

Spears said she required medical care for extensive injuries and suffered “severe mental anguish.” Police did question both sides at the time, but Spears declined to press charges.

“This was two years ago and Khloe did nothing. This person shoved Khloe and she pushed them off. This person just wants to jump on the bandwagon!” a source close to the reality star told US Weekly.

Kardashian‘s rep hasn’t responded to a request for comment, but we doubt it’s even a blip on her radar right now. The Keeping Up With the Kardashians star is more focused on keeping positivity in her life, according to her Twitter feed.

“Why do some want to push you when you are falling but they never want to help building when you are on your way up? #WeAreAllHuman,” she tweeted Sunday. “I love building any and everyone up! There’s enough of LIFE to go around 🙂 LOVE is LOVE.”

What do you think: Is this a legit lawsuit or just another play for cash from some random person?