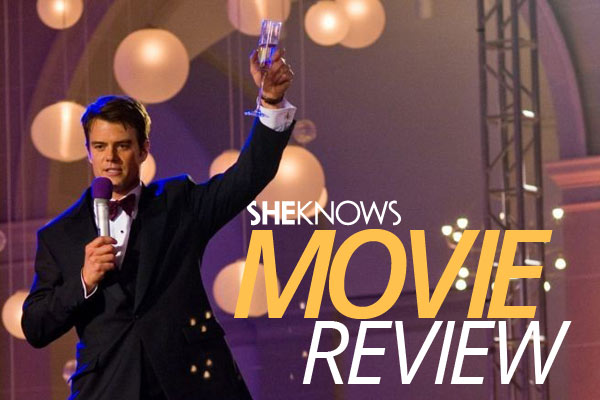 Watching New Year’s Eve is like being at a party at Elton John’s house (at least that is what people tell me!). You’ve got to keep your eyes peeled, because if you blink, you might miss seeing star-after-star-after-star.

The most exciting night of the year!

So, what’s this movie about? It’s New York City. It’s the last night of the year. Confetti. Champagne. “Auld Lang Syne.” But before we get to that, we start with the beginning of the day, where just about everyone has a bit of Dec. 31 anxiety.

Tracking several couples — some romantically involved, some married, some strangers and others just friends — brings to the screen a narrative similar to the successful 2010 vignette romantic comedy, Valentine’s Day, which was also directed by Garry Marshall of Pretty Woman, Runaway Bride, Overboard and The Princess Diaries fame. 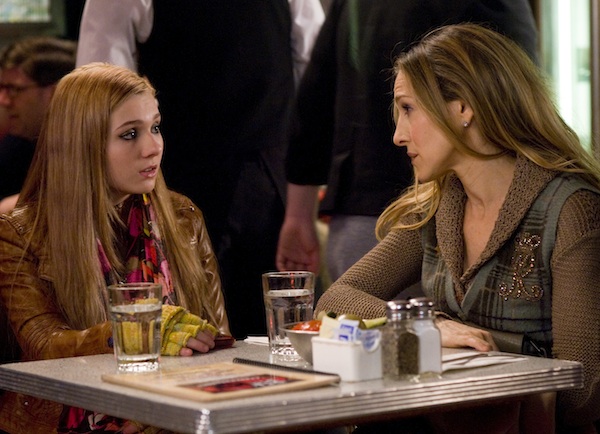 Hollywood royalty Robert De Niro — most convincingly — plays a dying man who isn’t so proud of his past. Halle Berry plays the nurse who doesn’t want him to be alone on the most important night of the year, where everyone gets to hit the reset button on life. (De Niro, you lucked out on your death bed!)  Hilary Swank brings Oscar power to an over-achieving rookie in charge of the famed Times Square ball drop. Ludacris plays her work husband. He’s so supportive and very cute in his role.

Josh Duhamel searches for his soul mate. Abigail Breslin — Sarah Jessica Parker plays her mom — tries to get her first kiss. (Not with each other, of course!)

The most unlikely couple, Michelle Pfeiffer and Zac Efron, make for the most interesting pair, even if their storyline — Pfeiffer enlists Efron, a near stranger, to help her complete a list of wishes on this last night of the year — is a bit farfetched.

Sofia Vergara plays Katherine Heigl‘s saucy sous-chef and most certainly (in our humble opinion!) steals every scene, although her overly caliente take on life might feel like a stereotype to some.

Ashton Kutcher plays the cynical hipster (most adorably, we might add, with his floppy hair and pajamas). If we weren’t so mad at Ashton right now, we’d say his bit is one of the cutest parts of the film. His character bumps into Glee‘s Lea Michele, who sings a beautiful song while trapped with him in an elevator. Lucky Lea (or maybe unlucky, depending on whether you’re team Demi). 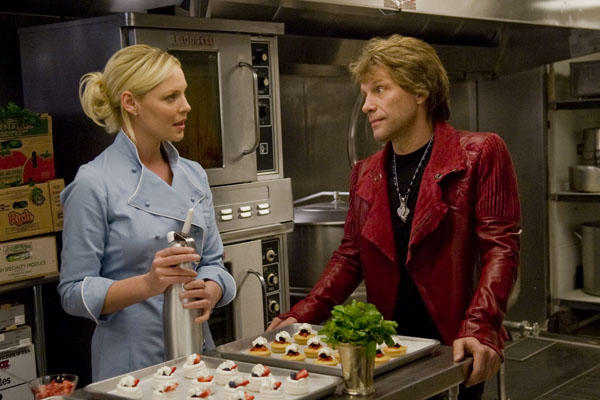 Probably the biggest surprise in casting isn’t a movie star at all, rather rocker Jon Bon Jovi as Heigl’s estranged fiance. Wait a second, Jon Bon can act? We don’t care! Seeing him in those tight black jeans and belting out two rocking songs is worth every moment.

Moms will love this shout out — Seth Meyers and Jessica Biel face off with another couple to try to produce the city’s first New Year’s Eve baby. 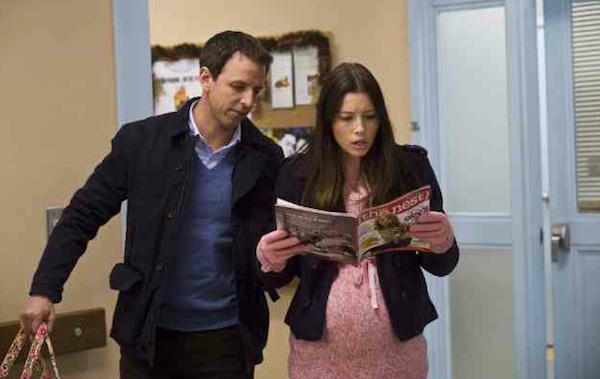 In addition to those stars, Cary Elwes, Alyssa Milano, Common and so many others roll in so fast, you’ll miss them if you look down for a handful of popcorn. So, stay sharp. This movie keeps you on your cameo-spotting toes.

Told with a similar comedic tone to Valentine’s Day, this film also has a heartfelt sense of melancholy. If you like ensembles like Love Actually and He’s Just Not That Into You but with lighter flair, you’ll like this. You won’t get a deep commentary on the meaning of life, but you will get in the mood for the last night of the year and hopefully embrace the idea that anything is possible, all you have to do is dream.

Bottom line: If you like celebrity spotting, romantic moments and seeing Jon Bon in tight black jeans (oh, you know you do!), New Year’s Eve is a sweet, cute, hopeful romantic comedy that will make a great date night for you.