Can Naomi suck up her pride and do her job on this week’s all-new episode of 90210? Doubtful, but we’ll see.

Planning your rival’s birthday party is such a drag. Especially for 90210’s Naomi. 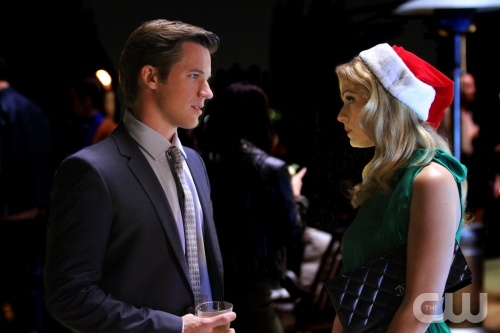 Knowing Naomi, biting her tongue might not go as smoothly as she’d like. Alas, she’ll have to at least try and impress her party-planning boss.

Elsewhere, Annie gets crafty when she breaks into Jeremy’s apartment in hopes of finding what she needs to keep her inheritance.

If that’s not enough 90210 drama for you, Navid runs into trouble after approaching a possible buyer with his uncle and Liam learns “shocking” news about Annie.

Check out a preview of “O Holly Night,” then head back to the CW Tuesday night to watch the full episode…

Will Annie keep her inheritance? Will Naomi lose her cool? You’ll have to find out Tuesday night!

Head over to our comments section and tell us what you think of this season’s 90210 so far — thumbs up or thumbs down?

Tell us, we want to know!

read on for more CW

CW orders full season of Hart of Dixie and more!