George Clooney says he hates hearing actors complain about their jobs because they have it so easy. Read what he has to say. 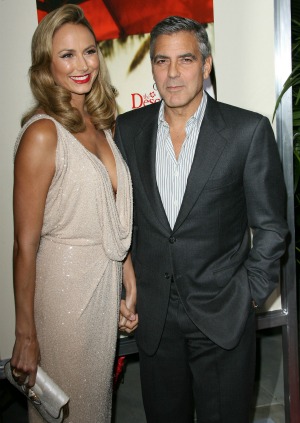 Hey actors: Quit your moaning. George Clooney and the rest of the world sees right through you, and we know the last way you have it is rough.

At the Hollywood Reporter‘s roundtable for actors, Clooney discussed examples of what real hard work is — and acting did not make the list.

“I cut tobacco for a living in Kentucky — that was hard work,” he said. “I sold insurance door to door — that’s hard work. Acting is not hard work. If you’re lucky enough to be sitting at a table like this, you’ve been very lucky in your life.”

“You caught the brass ring somewhere along the way,” he continued. “I’ve known a tremendous number of talented actors who didn’t get opportunities.”

“Is it hard work? There are long hours, but nobody wants to hear you complain. I remember I was selling women’s shoes at a department store, which is a lousy job.”

George Clooney gets no love from the Spirit Awards >>

“I remember I would hear of famous stars complaining in Hollywood about how hard their life was — I didn’t want to hear that. So I don’t find it difficult. I find it challenging, and sometimes I’m very bad at it, but I don’t find it hard,” Clooney said.

So stars, remember Clooney’s words of wisdom the next time you approve your financial manager to write the check to the lady who cleans your toilets.

George Clooney can currently be seen in The Descendants and on the arm of his new girlfriend, actress and former WWE star Stacy Keibler.