Let’s get this straight: Farrah Abraham does not approve of Kourtney Kardashian’s unwed pregnancy. 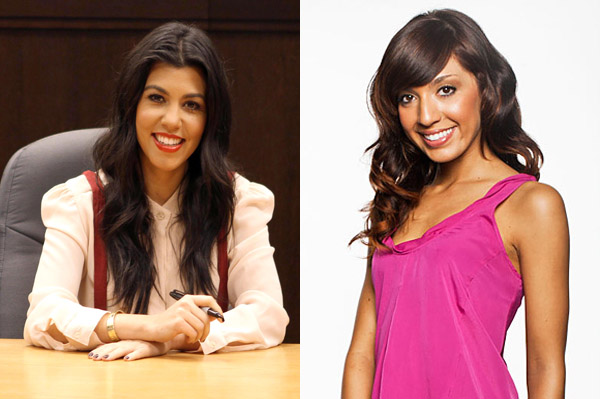 “I’m shocked Kourtney Kardashian is pregnant again. Did she not learn anything from Teen Mom?” Abraham tweeted on the social networking site. “Maybe it’s a fake pregnancy like Kim’s wedding. SAD.”

“Double standards in this world? Yes & guess what !age and money honestly do not change a persons poor choice . Quit making excuses:),” she added. Exactly what Kourtney’s supposed to have learned from Teen Mom is a mystery — especially since Kardashian is 32. Maybe she’s saying that babies are bad?

Kardashian responded quickly, adding that she’s also confused why she needs to take a course on all things Teen Mom. “Why would I have anything to do with teen mom? I’m 32 years old! I may look young honey, but don’t get it twisted. :),” she tweeted.

“I saw a story about a Memphis high school where 90 young female students were either pregnant or have given birth this year!” Kardashian wrote in a blog entry earlier this year. “I just couldn’t believe this and I find it so sad and disturbing.”

“It seems that shows like Teen Mom are all of a sudden making teen pregnancy seem cool in the eyes of young girls…but girls, these are not people you should idolize!”

The Kardashians aren’t the only celebs Abraham has targeted — she went off on Demi Lovato this spring.

“In the v.o booth… i feel if demi Lavato [sic] can sing… why can’t I… I’ve been through way more then just vomiting [sic] after every meal,” Abraham tweeted, referring to Lovato’s personal trouble with cutting and eating disorders.

“It’s apparent people have a hard time admitting to facts. I have nothing against Demi, im happy she is well. Get Real People,” Abraham added after people went after her.

“Only because i care. If you have a eating disorder go to edpa.org. love, Farrah and I wish you the best on your health,” she added.

Leave it to Farrah to help you live a perfect life.

Do you side with Kourtney Kardashian or Farrah Abraham?