Actor Bill McKinney passed away from a bout with cancer. Find out what one of his co-stars really thoughts of the eccentric actor.

Deliverance actor Bill McKinney passed away Thursday after a battle with esophageal cancer, according to his family. He was 80. 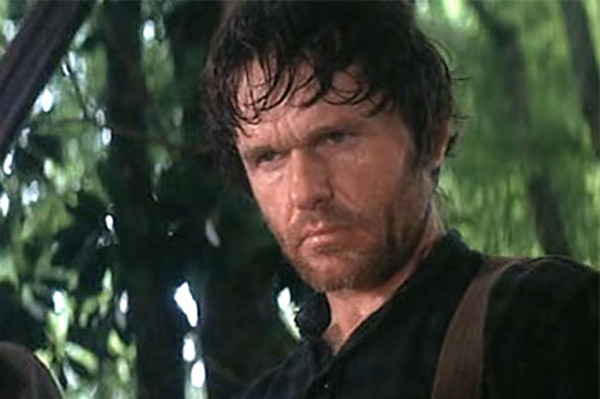 “Today our dear Bill McKinney passed away at Valley Presbyterian Hospice,” reads an announcement on his Facebook page.

“An avid smoker for 25 years of his younger life, he died of cancer of the esophagus,” the message continued. “[He]continued to work on his biography with his writing partner. Hopefully 2012 will bring a publisher for the wild ride his life was. He is survived by son Clinton, along with several ex-wives.”

The actor was best known for his role in the 1972 film Deliverance – well, his famous line was probably better known than him. In the film, McKinney’s character violently ordered his victim (played by Ned Beatty) to “squeal like a pig!”

He later went on to act in a variety of films, including Thunderbolt and Lightfoot as Clint Eastwood‘s crazy driver and with Warren Beatty in The Parallax View. His most recent on-screen appearances came in The Green Mile and in the 2010 Reese Witherspoon film, How Do You Know?

He didn’t give a lot of interviews throughout the years, but co-star Burt Reynolds wrote about him in his autobiography.

“I thought he was a little bent,” Reynolds wrote. “I used to get up at five in the morning and see him running nude through the golf course while the sprinklers watered the grass…”

“He always played sickos,” he added. “But he played them well. With my dark sense of humor, I was kind of amused by him… McKinney turned out to be a pretty good guy who just took the method way too far.”