Michelle Trachtenberg says she came this close to nabbing the most coveted movie role of her generation: Bella in The Twilight Saga. Read why the part went to Kristen Stewart instead. 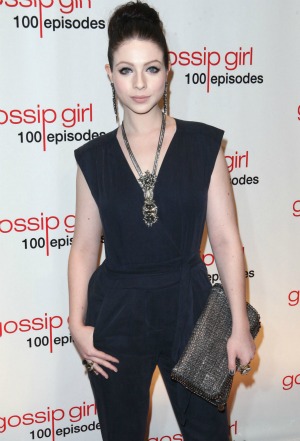 If Kristen Stewart wasn’t Bella in The Twilight Saga, what other actress could you picture in the role? How about Michelle Trachtenberg? The Gossip Girl star says it almost was her in a vampire embrace — but another bloodsucking story kept her from the part.

According to Trachtenberg, she was in the running for the coveted role, but her commitment to Buffy the Vampire Slayer caused her to miss out.

“There was definitely interest here and there because there’s only so few pale girls in Hollywood,” she told Us Weekly at the opening of LOLA in NYC.

“I’ve known [original Twilight director] Catherine Hardwicke since the movie Thirteen,” she said. “I was actually supposed to star in that [too], but I was on Buffy at the time.”

The part in Thirteen went to Evan Rachel Wood instead — and interestingly, a costarring role went to Twilight‘s Nikki Reed, who Hardwicke later nabbed for the vampire flick.

Twilight‘s leading ladies wound up being Kristen Stewart, Ashley Greene and Nikki Reed. So why was Trachtenberg passed up?

“I guess schedules never worked out,” she said.

“I already have Buffy,” she added as an unconvincing consolation to herself. “I’ve already done the vampire thing.”

Don’t think the actress is sitting around feeling sorry for missed opportunities, though. “[Hypotheticals mean] you’re not living in the moment and you’re looking negatively at what you’re doing now,” she said.

Michelle Trachtenberg can currently be seen playing Emma Karlin on Weeds, and as Georgina Sparks on Gossip Girl.