Mindy McCready still hasn’t returned to Florida with her son, Zander. Find out what her ex-boyfriend — and Zander’s father — has to say about the situation. 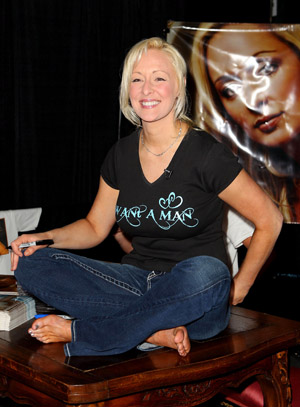 Mindy McCready is still defying police orders to return her five-year-old son to her mother’s house in Florida, claiming that her second-trimester pregnancy makes it impossible to travel.

However, she managed to make it to Florida to get five-year-old Zander, so police aren’t buying it.

“As quickly as folks can find the child, we’ll just as quickly return the child,” Aimee McLaughlin, a spokeswoman for the Children’s Network of Southwest Florida, told News-Press.com on Thursday afternoon. “Then, we will make arrangements to bring the child home in the least traumatic and least stressful way.”

However, McCready had made it quite clear that she intends to keep her son with her in Nashville. Her defiance is going to be the end of her parenting, ex-boyfriend Billy McKnight told Matt Lauer on Friday’s Today Show.

“You know, we have gone through this in the past and there’s people out there who can help you and if you can take that help you can get back on track,” he said of McCready, adding that he got his own life in line after being charged with abusing the country singer in 2005.

“I’ve been through it, I got back on track, my life is in order, I’m doing things right now. She has that opportunity. Instead of taking it, she chooses to abut it. I wish she would do what’s right,” he added.

Lauer then asked McKnight the big question: Is McCready a fit parent? He tried to skirt the issue. The anchor persisted and the father finally answered “[not] until she completes the case plan.”

He also blasted his ex for alleging that her mother abused their son.

“I do not agree with that at all. He’s a very healthy kid, a very happy kid. I have a great relationship with [McCready’s] mother… I’ve never seen anything that would lead me to believe that at all,” he added.

The former Celebrity Rehab patient and singer is reportedly exchanging emails with her lawyer and a judge in Florida.

“Mom has violated the court’s custody order and we are simply restoring the child back into our custody,” wrote Lee County Judge James Seals in an email published by the AP. “Nothing more. Nothing less. The court makes no judgment about whether Mom will or will not competently care for the child while in her custody. It only wants the child back where the court placed him.”

We’ll echo McKnight’s words here — McCready really is “pushing her luck” and could find herself pregnant and behind bars.