Is Gwyneth Paltrow overrated? GQ puts the actress/singer/cookbook author at the top of their list, along with January Jones and Barack Obama. 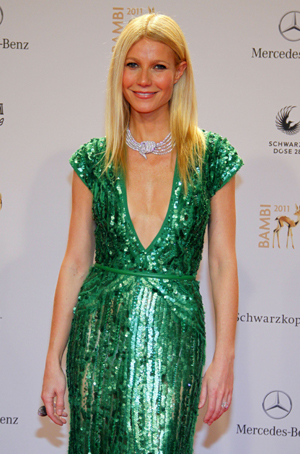 Oscar-winning actress Gwyneth Paltrow has proven she can act, sing and write a cookbook, however GQ still puts her at their top of their list of The 25 Least Influential People Alive.

“For every Steve Jobs and every Warren Buffett, there’s an equal and opposite nitwit who spent 2011 devouring attention and contributing nothing to productive society,” GQ‘s Drew Magary writes. “We salute the great artisans of utter uselessness with the one celebratory year-end list you don’t want to be on.”

Paltrow comes in at number sixteen for what many feel is her “better-than-thou” attitude on her GOOP website, in which she gives advice on her favorite places and high-end products. GQ sums up her attitude with a quote from her cookbook: “We’ve got a wood-burning pizza oven in the garden — a luxury, I know, but it’s one of the best investments I’ve ever made.”

Check out the top 25 below and share your thoughts, including the noticeable absence of Kim Kardashian: