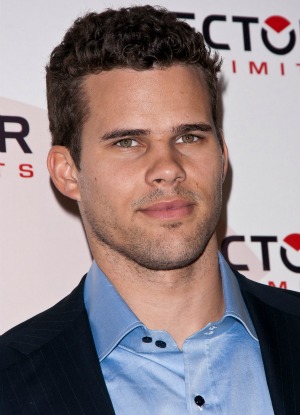 It’s on! SheKnows reported earlier this week that rather than a divorce, Kris Humphries would seek a legal separation then annulment from Kim Kardashian. Now the NBA player has filed the legal documents to make it happen.

In paperwork filed in a Los Angeles County court, Humphries asked for a legal separation based on “irreconcilable differences” — but his annulment request clearly states “fraud” as the reason for the couple’s split!

Sources close to the couple have told multiple media outlets Humphries feels he was little more than a pawn in the Kardashian’s reality empire and that Kim knew from the get go that the marriage was never meant to last — a charge Kim denies.

“The filing is, of course, upsetting,” a source told People. “She respects Kris and just wants them both to find peace and move on. …Kim doesn’t want a battle.”

Kris Humphries gay? Not so fast >>

“Kim is sad how things ended up,” said the source. “The split was a devastating decision from the beginning.”

Turns out Kim is also miffed at the annulment news because that’s what she had originally wanted in the first place — only to be told it would be impossible under the circumstances.

So why is Humphries going this route instead of quietly agreeing to Kim’s divorce petition? It is not about the money — the couple signed an iron-clad prenup giving the groom of 72 days exactly nothing in the event of a split — but rather religion. Humphries takes marriage and spirituality very seriously and does not believe in divorce. An annulment would be like the marriage never happened in the eyes of his church — and the law.