Should comedies compete with more serious films at the Academy Awards? Ben Stiller thinks so. 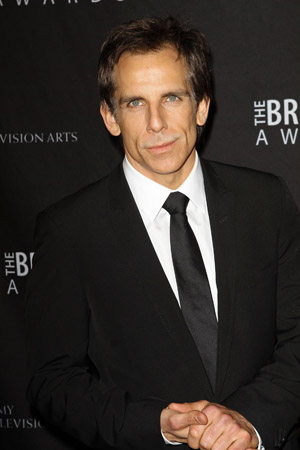 Brad Pitt might finally be in line for an Oscar nod this year, but comedian and actor Ben Stiller said more talented people are getting flat-out ignored by the academy.

“In terms of the Oscars, it’s just too bad that comedies don’t get recognized,” Stiller lamented to The Hollywood Reporter ahead of last night’s 19th Annual Britannia Awards.

Stiller was on hand to receive the Charlie Chaplin Award for Excellence in Comedy from the L.A. chapter of the BAFTAs. He added that it’s too bad the Academy Awards doesn’t have a similar category.

“It just seems like there’s this huge hole there where there’s no recognition for people who over the years — and this is for years and years, you know — have been doing such great work,” the Dodgeball star said.

He didn’t go as far as to demand another category for comedy, but he did wish the academy was more open to awarding those who make the public laugh. He cited how the Golden Globes has had a “Best Motion Picture — Musical or Comedy” for nearly 60 years.

“Though I don’t know if everybody feels like the musical and comedy category always should go together, I think it’s better than not having any recognition whatsoever for these people who really deserve it.”

We’re definitely with Stiller on this one — and we’re not sure why we never realized that comedies aren’t really recognized. There is definitely a need to award certain comedies for their genius, though we can’t imagine many getting the honor.

Do you think comedies should be recognized at the Academy Awards?