The law is after pregnant singer Mindy McCready after she failed to meet the deadline to bring son Zander back to her mother’s house in Florida. 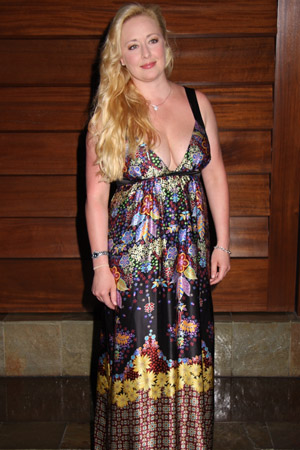 Mindy McCready’s life is playing out like drama in a country song. The troubled singer failed to meet a Thursday afternoon deadline to return her five-year-old son Zander to her mother’s home in Cape Coral, Florida.

“My son is not missing. Police established that this afternoon via Skype,” she wrote on her Facebook page Tuesday night after a missing person’s case was filed. “I have been fighting the Florida court system to protect my son and bring him home. Please do not worry.”

Police confirmed Wednesday that McCready and her son were safe, but the Florida Department of Children and Families is readying a plan to find and return the young boy to his grandmother’s care.

“As quickly as folks can find the child, we’ll just as quickly return the child,” Aimee McLaughlin, a spokeswoman for the Children’s Network of Southwest Florida, told News-Press.com. “Then, we will make arrangements to bring the child home in the least traumatic and least stressful way.”

The pregnant McCready alleges that she bolted with her son because of abuse. “I’m a mom first,” McCready told the AP. “No matter what happens, I’m going to protect my kid. If I have to go to jail, so be it.”

However, McCready’s mother dismisses those allegations.

The “Ten Thousand Angels” singer also alleges that Florida officials were transferring the child custody case to Tennessee and that there was no problem with taking Zander there.

McCready has famously battled with substance abuse problems that led to multiple suicide attempts and rehab. She’s between five and seven months pregnant with twins and the father is said to be a music producer named David.

“I did not steal my child, as it would be impossible for me to kidnap what already belongs to me,” McCready told Access Hollywood in a Wednesday afternoon email.

It looks like she’s in big, big trouble now.