Sounds like L.A. Reid isn’t the only person who can’t stand working with Simon Cowell. Singer Michael Buble describes his own special moment with The X Factor judge — and what he thinks Cowell should do to himself. 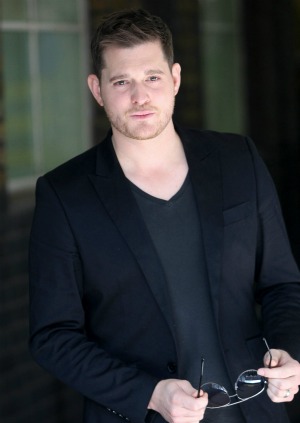 Sign Michael Buble up for the Everybody Hates Simon Cowell club. The newlywed singer has revealed he feels The X Factor judge was incredibly rude to him during a 2007 performance on American Idol — and it doesn’t sound like he has let it go yet.

“I had to sing ‘Call Me Irresponsible’ in front of 20 million people,” Buble told the Radio Times. “And the first thing I saw when I got on stage was Simon. I sang about four lines and he looked at me and [rolled his eyes] and that was it, I was done. It killed me. My confidence dropped.”

“Maybe Cheryl Cole gets a little quiet and more demure when she loses her confidence. But I become aloof. I get the attitude of, ‘Oh really? Well, f**k you. You don’t like me? Then go f**k yourself. I’m just gonna do whatever.'”

As the viewing public has since, this is far from the first time anyone has told Simon Cowell where to go — but the curmudgeonly judge said he had no idea he did it when confronted by a costar.

“I told [Dannii Minogue] the story. She goes and tells him and comes back saying, ‘The man didn’t even know he did it.’ He was just probably sitting on his fifth hour of the show going, ‘Kill me now… and I’ve got to go to the bathroom.'”

“But I’m so sensitive I took it as a rejection. Anyway, every time I’ve ever talked to him since then, he’s been incredibly nice.”

Buble could confront his frenemy again when he appears on the next week’s season finale of the British version of The X Factor. Although Cowell no longer judges across the pond, his company still produces the show.