TNT has released a new trailer for their long-awaited Dallas reboot. The drama is set to premiere next summer and centers on the competing sons of J.R. and Bobby Ewing.

Welcome back to Southfork! The Ewings are returning to television and they’re bringing the drama. TNT has released a new trailer for the upcoming season of their Dallas reboot. The series will follow the next generation of Texas oil barons as they fight for family, love and loyalty. 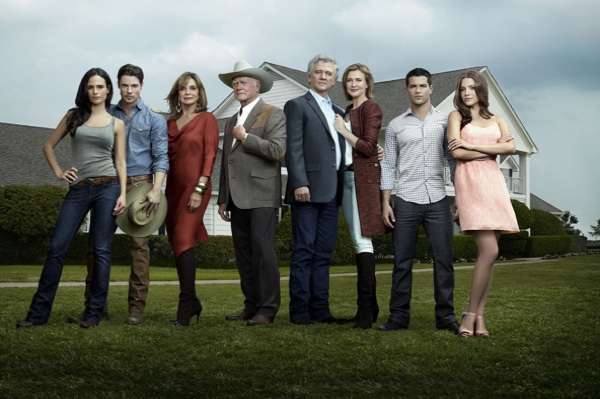 The original Dallas was an extremely popular primetime soap that ran for 13 seasons. The plot centered on the wealthy Ewings, a Texas family that made their fortune in the oil and cattle industry. The most popular characters were brothers J.R. and Bobby Ewing. For the reboot, Larry Hagman and Patrick Duffy will reprise their roles as the troubled siblings to usher in new protagonists.

TNT’s Dallas will follow J.R’s namesake John Ross Ewing III (Josh Henderson) and Bobby’s adopted son Christopher (Jesse Metcalfe). Similar to their fathers, the young duo will have plenty of professional and personal issues with each other. John Ross desperately wants to follow in J.R.’s footsteps, while Christopher tries to prove he’s worthy of the Ewing name.

Aside from Hagman and Duffy, Dallas will also feature the return of Linda Gray as Sue Ellen. Unfortunately, fans of lovebirds Bobby and Pam will have to deal with Bobby’s new wife Ann. She’ll be played by Desperate Housewive‘s Brenda Strong.

Other cast members include Fast Five‘s Jordana Brewster (Elena Ramos) and Julie Gonzalo as Rebecca Sutter. TNT has been promoting Dallas for over a year, but the series won’t make its big debut until next summer. Until then, this two and a half minute trailer gives us a good idea of what’s in store.

Watch the new trailer for TNT’s Dallas below:

t
Dallas is scheduled to debut in June.