Has Ali Lohan had plastic surgery? The teen looks remarkably different than she did just a year ago, but she calls rumors she’s gone under the knife “stupid.” 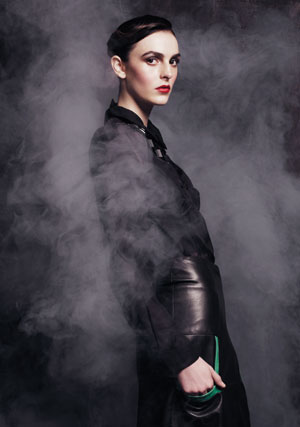 Ali Lohan has come under fire for allegedly having an eating disorder after appearing gaunt in several fashion shoots, but has the teen gone under the knife too? Some doctors — who do not claim to have actually worked on her — say they see evidence Lohan has had work done, but the burgeoning fashion model denies it.

“Oh my gosh, that’s so funny,” Lohan told Page Six Magazine. “I mean, I heard it from one of my friends, and I was kind of like, ‘Why are you my friend? Because I shouldn’t be hearing this. If you’re my friend you wouldn’t even talk about that stuff.'”

“When they did tell me, I was cracking up. Because, like, when would I do that? I’m 17 years old. That’s not legal! I would need my mother’s signature, and do you think my mom would ever sign off on that? No! It’s not the right thing to do. I mean, if you wanted to, that’s great, for anyone else. I know a girl who had a nose job in seventh grade, which is craaaazy. In seventh grade! I think that’s more of, like, the mom’s decision, not the kid’s. But I don’t know. It’s stupid. I don’t listen to it. It’s absolutely not true.”

Lohan’s rep denied she had plastic surgery when the rumor first surfaced in September.

Lohan says she wouldn’t have known about the rumor if the reporter hadn’t asked her, because she avoids gossip blogs like the plague. Rather than be faced with the latest story about her sister Lindsay Lohan’s legal troubles or the domestic violence accusations against her father Michael Lohan, she just stays away.

“It’s so much less stressful if you’re not dealing with that stuff,” she said. “I mean, obviously you [might] hear something from someone… but I just let it roll right off my shoulders. I don’t validate it. I’m just like, yeah, whatever. I know I’m fine. Everything’s great. I don’t need to prove anything to anyone who’s making up stupid stuff. I don’t get it. I would never do that, so I don’t know how someone could be that mean.”