Kim Kardashian is on the same level as terrorists, according to Australia’s Department of Immigration. She allegedly lied multiple times on her visa applications during visits Down Under.

Kim Kardashian is Australia’s public enemy number one, thanks to some issues over her visa applications during her recent visits to the country. The Australian Daily Telegraph reports that Kardashian visited the country earlier this month on a tourist visa instead of a business visa. 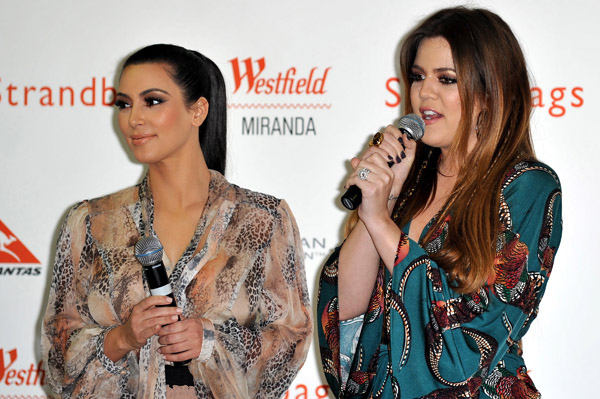 It’s a big no-no, especially since her visit was so public. The Department of Immigration looked into her previous visits and found that she did the same thing while promoting her reality show and a beer brand.

We’ve reached out to Kardashian’s rep to get more on the story. The Department of Immigration declined to comment on Kardashian‘s specific case, but did make a general comment.

“For privacy reasons, it would not be appropriate to discuss particular details of an individual because people who enter Australia must abide by the conditions of their visa,” a spokeswoman for the Department Of Immigration in Canberra told the paper.

“If people are undertaking work in Australia, they need to be on an appropriate visa with work conditions attached,” she added. “If people do breach conditions of their visa, then the department can counsel them or cancel that person’s visa …and the department may record their breaches and immigration history.”

“Their history would then be taken into account if they apply for another visa to enter Australia,” she added. “The identities of such people are then put onto a Movement Alert List.”

Sounds like that will be Kim’s last visit to Australia for the foreseeable future.

We’re wondering one thing: Is Khloe Kardashian on the same watch list? She traveled Down Under with her sister to promote their handbag line. We’d assume she signed up for the same kind of visa.

Here’s a tip, Kardashian sisters: Hire more competent people so you can avoid this sort of problem in the future!