Mark Salling is going to be cooling it on those hip shaking moves for a while — maybe. The Glee star fractured his pelvis, but he may not be down for the count. 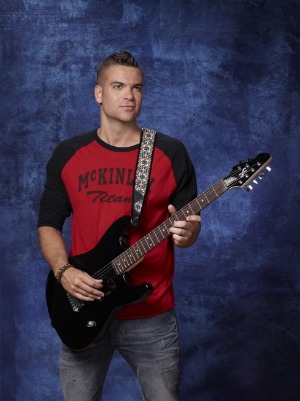 Boys and their basketball — such a rough sport.

Just ask Glee‘s Mark Salling who suffered a less than glamorous injury to his pelvis after some weekend b-ball.

Mark Salling broke his pelvis news (pun intended), via Twitter on Wednesday and this leaves us wondering, can he still be “hot for teacher” on Glee with such an injury?

Salling posted via Twitter, “So apparently ive fractured my pelvis. one of the pitfalls of being a basketball weekend warrior.”

He went on to add of the cure for his pain, “and guess what i can do about it? NOTHING!”

Oh, there’s something that can be done about it — suck it up! We need Puck’s moves in tip-top shape!

The cougar-loving character is all about the ladies, but have no fear, based on Mark Salling’s other post, he might be grinning and bearing it: “Its not that bad, i can still walk and even run but sitting and getting up is excruciating.”

He added with a joke, “Can i get some crylenol? or maybe some sadvil?”

The star even posted a picture of himself laying on a table of the Glee set, with the words, “Pelvic injuries are glamourous,” accompanying the pic.

Currently, Salling’s character Puck is busy putting the moves on teacher Shelby (Idina Menzel), who also happens to be the adoptive mother to Puck’s biological daughter.

After Tuesday’s episode, we’re starting to believe his crush might be more than a puppy dog love affair.

We’ll have to see where it goes from there.

No comment from Fox about the injury, but we wish Mark Salling a speedy recovery and quick return to sitting and standing.

Head over to our comments section and send him get well thoughts!