You can’t keep a good wife down. Especially the wives from Lifetime’s drama, Army Wives. 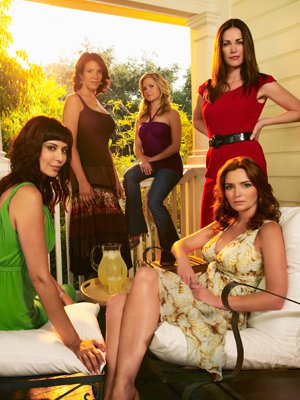 The ladies of Army Wives depict strength and courage, not to mention that they deliver some great drama.

So much so that Lifetime is ordering more episodes.

According to a report via Deadline, Lifetime has made sure we get to see more of Claudia Joy, Denise, Roxy, Pamela and Joan with the pickup of 10 more episodes of Army Wives.

Right now, the popular Lifetime drama is in the production stages of the first 13 episodes of its sixth season.

The 10 extra episodes will give Army Wives a jam-packed 23-episode season, with the probability of season six being divided into a front and back half likely.

Fans were already buzzing over the fact that All My Children (AMC) veteran Susan Lucci had signed on to guest star on season six, with her role being a multi-episode deal. Lucci will be playing the wife of a retired general, who gives Claudia (Kim Delaney) advice.

Susan Lucci’s addition to Army Wives will reunite her with AMC alum Kim Delaney. Just two soap girls kicking it on an Army drama. That will be one fabulous reunion.

With the order of an extra 10 episodes, we’re not sure if this will change anything in terms of more episodes for Lucci’s character.

Season six of Army Wives will hit the small screen in the winter of 2012.

Head over to our comments section and sound off — are you ready for 10 more episodes? What do you think about the addition of Susan Lucci to the show?