How’s that for uncanny?! Film fans are getting a sneak peek at Oscar-winner Daniel Day-Lewis’ transformation into President Abraham Lincoln. Day-Lewis will star as the slain leader in the Steven Spielberg-directed biopic Lincoln, premiering next year.

Honest Abe, is that you? Hot on the web this week: The first public photo of actor Daniel Day-Lewis in character as President Abraham Lincoln. 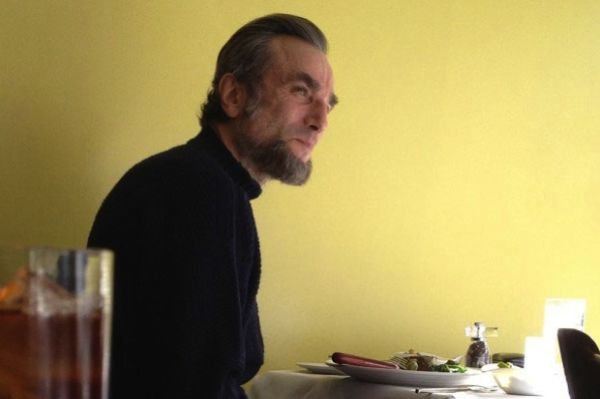 The two-time Oscar winner stars as America’s 16th president in the Steven Spielberg-directed, DreamWorks-produced Lincoln. Day-Lewis always credits himself with fully inhabiting his roles and this now viral shot seems to prove it.

Michael Phillips, a student at the University of Virginia, snapped the photo of Day-Lewis in his Lincoln hair and garb at a Richmond, Virginia restaurant this week and later posted the image on his Twitter feed. “Awesome” is just one of the words being used to describe Daniel’s transformation.

Liam Neeson was reportedly attached to the Lincoln role before dropping out. Daniel was first tipped as Steven’s Abe in November 2010, right around the 147th anniversary of Lincoln’s famous Gettysburg Address.

Based on Team of Rivals, the bestselling 2005 book from Doris Kearns Goodwin, Lincoln will follow the historic leader — the first American president to be assassinated — as he struggles to hold the nation together in the face of the Civil War.

After snapping up Day-Lewis, 54, Spielberg praised him as one of the “greatest actors” of our time. The star, who has appeared in just 10 movies since his 1989 debut, won Academy Awards for his roles in There Will Be Blood and My Left Foot. He also appeared in the 2009 movie musical Nine.

“I am grateful and inspired that our paths will finally cross with Lincoln,” Spielberg said last year.