Celebrity Rehab‘s Dr. Drew is weighing in on the Kris Humphries-Kim Kardashian divorce drama. The TV doc has prompted dialogue and debate after accusing the reality star of battering her estranged spouse. 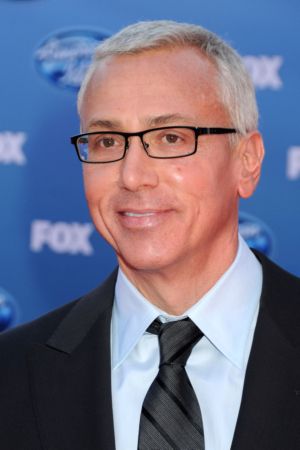 Now that Courtney Love has volunteered to be Lindsay Lohan’s pseudo-sobriety specialist, TV’s Dr. Drew Pinsky has turned his focus to weighing in on the business of other folks in Tinseltown — like Kim Kardashian’s “If-You-Blinked-You-Missed-It” marriage to Kris Humphries.

The professional headshrinker has branded Kim a husband-beater after catching the footage from the premiere of the E! docu-soap Kourtney & Kim Take New York. Dr. Drew pointed to the scene in which an enraged Kim (who is 5-foot 2-inches), punches the 6-foot 9-inch Kris for accidentally breaking her toenail as evidence that the short-lived marriage was an abusive one.

“You ruined my whole pedicure. Seriously, my whole toenail just broke in half. It hurts, Kris. You always do this (bleep) to me because you’re so rough,” Kim yelled, socking her now-estranged husband in the arm.

“What you are seeing there is domestic violence,” the Celebrity Rehab doc remarked as he reviewed the footage on his self-titled HLN talk show this week. “A lot of people watching this may not understand this. And I get that. It looks playful. What’s the big deal? But it’s a massive deal.”

Pinsky argued that Kim’s petite frame and the jovial nature of the former couple’s roughhousing is of little importance:

Pinsky’s guest, clinical psychologist Michelle Golland, strongly agreed. “We wouldn’t let our children do this to each other,” she said.

Meanwhile, Kris just wants to pretend his 72-day marriage to Kim never happened. Don’t we all?

The jilted basketballer is filing for a legal separation rather than a divorce. He wants the marriage annulled — as in, totally wiped from the public record. Poof!

Annulments are traditionally granted when a marriage hasn’t been consummated, so the tabloid magazine, Star, must be happy that Kris’ decision totally backs up their new cover story claiming that he’s gay.