If it ain’t broke, don’t fix it. Take a look at the new deal between HBO and David Milch… these two powerhouses just can’t get enough of each other. 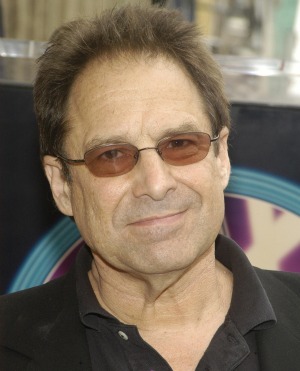 You could definitely say David Milch is on a lucky streak with HBO.

Not only is he getting ready to watch his new series Luck debut in January, the producer also just struck a deal with the network to bring the works of William Faulkner to the small screen.

According to The Hollywood Reporter, HBO and David Milch signed a multiyear deal that will see Milch’s production company, Red Board Productions, breathe life into a number of TV series and films based on the work of Noble Prize-winning author, William Faulkner.

David Milch’s new drama, Luck, is also covered under the agreement should it need any further care.

HBO programming president, Michael Lombardo, said in a statement, “We are especially pleased to continue our long-standing relationship with one of the industry’s most talented contemporary writers.”

Michael Lombardo added, “We know that whatever David brings to the HBO table will be exciting and innovative.”

As for David Milch, he said of the new deal, “I’m delighted to expand my long-standing relationship with HBO to encompass the adaptation of some of the most important literary works by any American writer into television films and series.”

Milch said of the complex nature of the work, “As we embark on this ambitious project, our first commitment is to serve the material, and we look forward to identifying and collaborating with the best screenwriters and filmmakers to help each of the pieces find its ideal form onscreen.”

See, we told you, don’t mess with a good thing. Obviously, HBO and David Milch know a good thing when they see it and this relationship is rock solid.

Head over to our comments section and tell us what you think of this new deal. Will you be watching either of David Milch’s projects?