Mindy McCready has touched base with Florida police regarding her missing son. Will she bring him back to Florida in time for their deadline? 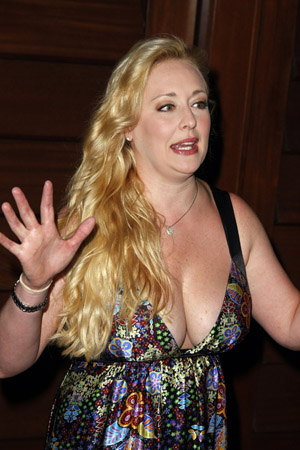 “We had contact with her via Skype last night,” Cape Coral Police Lieutenant Tony Sizemore told the New York Daily News. “We know she is with the child and where they are. The family court judge has been made aware of the situation.”

The troubled singer’s parents filed a missing person’s report after she didn’t return her young son to her parents’ home in Lee County, Florida, on Tuesday evening. Her parents have primary custody of Zander, five.

She later updated her Facebook page to calm fears that they were in immediate danger, according to People.

“My son is not missing. Police established that this afternoon via Skype,” she wrote. “I have been fighting the Florida court system to protect my son and bring him home. Please do not worry.”

Police have ordered the “Ten Thousand Angels” singer to return her son by 5 p.m. Thursday or face arrest.

“Should she fail to do so, she will be in violation of the order,” Sizemore added. It’s believed she’s returned with him to her Nashville home.

McCready’s parents took custody of Zander after her multiple overdoses and suicide attempts, including one that happened after her appearance on Celebrity Rehab with Dr. Drew. She’s been trying to get him back in recent months, apparently not understanding that the courts have more say right now than she does.

“I did not steal my child, as it would be impossible for me to kidnap what already belongs to me,” McCready told Access Hollywood in a Wednesday afternoon email.

It looks like this is going to get messy.

Which side are you on: Police or Mindy McCready’s?