Brad Pitt is heading towards Oscar gold. He recently won Best Actor from The New York Film Critics Circle and has become one of the frontrunners in this year’s Oscar race.

Brad Pitt‘s Oscar campaign is picking up steam. In 2011, the actor appeared in two high-profile dramas: Moneyball and The Tree of Life. Pitt brought his A-game to both films and the critics have taken notice. 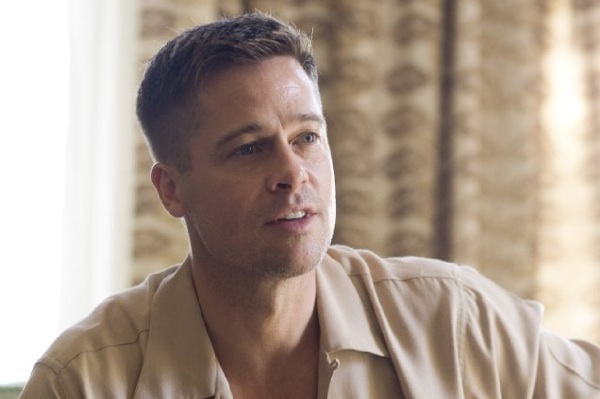 Just as this year’s Independent Spirit Award nominees were announced, the New York Film Critics Circle also revealed their big winners. Brad Pitt was named Best Actor for his work in both The Tree of Life and Moneyball, while Meryl Streep landed Best Actress for The Iron Lady. Pitt’s Tree of Life co-star Jessica Chastain was also honored for her work as Best Supporting Actress, alongside Best Supporting Actor winner Albert Brooks from Drive.

Awards season is in full swing and Pitt has some serious competition. Thus far, George Clooney (The Descendants) and French actor Jean Dujardin (The Artist) appear to be the frontrunners for next year’s ceremony. But unlike Clooney, Pitt has been previously nominated for an Oscar, but never won. Clooney snagged the Best Supporting Actor statue in 2006 for his performance in Syriana.

During his career, Brad Pitt has been recognized by the Academy twice. He received his first Oscar nod in 1996 for Twelve Monkeys and his second in 2009 for The Curious Case of Benjamin Button. When it comes to his latest work, he’s received astounding reviews. The Hollywood Reporter wrote that The Tree of Life shows “Brad Pitt in one of his finest performances,” while The Telegraph claims Moneyball is anchored by his “award-calibre” acting.

Here’s the full list of winners from the New York Film Critics Circle: