Kim Kardashian may want a divorce, but Kris Humphries has other plans: A legal separation then an annulment. 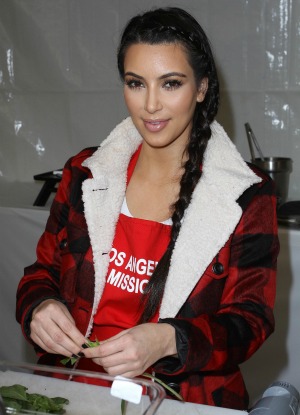 If Kim Kardashian thinks she is getting a divorce, the girl’s got another thing coming. Her soon-to-be ex-husband Kris Humphries has some very different plans.

A rep for the NBA player confirms that he will be seeking a legal separation, then asking for an annulment.

“[Kris] is sensitive to marriage both emotionally and religiously,” a source told Us Weekly.

“He went into it in good faith and never expected things to turn out this way.”

Kim Kardashian is giving up the dream >>

The move is reportedly spiritually motivated, not financial — the couple signed an ironclad prenup which states that Kardashian keeps every single penny she made before and during the short-lived marriage.

Does Humphries have grounds for an annulment? There are stringent legal requirements. He must be able to prove that fraud was involved in the marriage, that he was forced or threatened into it, that he was incapacitated by mental illness or drug and alcohol use at the time of the wedding, that the pair are too closely related (unlikely) or the most juicy one of all: That the marriage was never consummated and that he is impotent.

This wouldn’t be the first time a star had a marriage annulled. In 2005 Renée Zellweger annulled her four month marriage to Kenny Chesney citing that mysterious “fraud.” After much speculation over what that fraud actually was, including questioning Chesney’s sexuality, Zellweger released a statement clarifying it was “simply legal language and not a reflection of Kenny’s character.”

Chances are Humphries will seek the same reasoning.