Many fans of The Bachelorette were shocked when Ali Fedotowsky and Roberto Martinez called off their engagement. Ali is now speaking out on what went wrong. 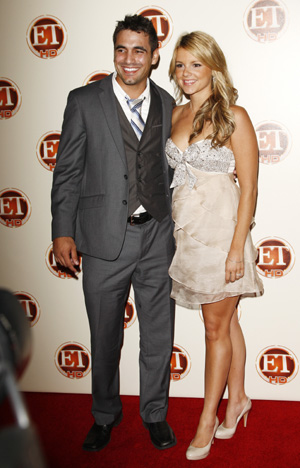 It appeared to be a match made in heaven when Ali Fedotowsky and Roberto Martinez got engaged in Bora Bora on The Bachelorette last year. The cute couple was frequently spotted cuddling and holding hands in public so fans were shocked when they announced their split on Nov. 21.

Ali, 27, is now opening up about what caused the breakup of yet another Bachelorette romance. After being engaged for 18 months, she said there were problems in their relationship that couldn’t be fixed.

“I wouldn’t be being truthful if I said this came out of nowhere,” she admits in the new issue of People, which hits newsstands on Friday. “We definitely had been having problems. But I had always believed that we could work it out.”

The first sign that there could be trouble in paradise was when she postponed her wedding this year, blaming a kickboxing injury. Ali told SheKnows at the time it was “heartbreaking” and “sad” that she had to postpone her marriage to Roberto.

“I’m with him every day,” she told SheKnows in August. “I live with him. We share our lives together. In my mind, we are married. I don’t need a piece of paper to tell me that. What I do need is an awesome wedding and an amazing wedding reception.”

Ali now admits that she and Roberto tried to stay together, however the arguments drove them apart. “We both realized we were unhappy more than we were happy,” Ali admits. “And we both deserved more.”