It’s matchmaker versus matchmaker! Siggy Flicker, star of VH1’s Why Am I Still Single?!, gave SheKnows some insider info about the benefits of using her as a matchmaker, the reason her pairings work and why she feels sorry for her rival Patti Stanger. Plus, the answer to our burning question: Has the virgin who was on the show been de-flowered? 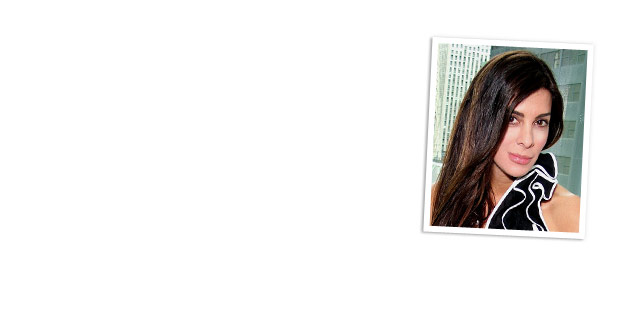 It’s matchmaker versus matchmaker! Siggy Flicker, star of VH1’s Why Am I Still Single?!, gave SheKnows some insider info about the benefits of using her as a matchmaker, the reason her pairings work and why she feels sorry for her rival Patti Stanger. Plus, the answer to our burning question: Has the virgin who was on the show been de-flowered?

SheKnows: In a world of easy, click-and-pick online dating, what are the advantages to hiring a matchmaker — particularly you?

Flicker: “I swear to you, out of my 150 clients who have asked to be matched with a certain type of person, be it a man or a woman, they always end up with the complete opposite. I try to explain to them, ‘You’re coming to me. You don’t know how to pick them for yourself!’ The reason why I’m different from other matchmakers is I never, ever give you what you want to be with. At the end, I’ve gone to three weddings last month, where the speeches were like, ‘When I came to Siggy, I asked for an athletic, slim-fit brunette. Here I am marrying Maria, who’s blonde and there’s nothing athletic about her; she can’t even pick up a ball.’ But guess what? There was chemistry there, so who cares about that other nonsense?”

SheKnows: Speaking of other matchmakers, what’s the biggest difference between you and The Millionaire Matchmaker‘s Patti Stanger?

Flicker: “I’m going to say this in the nicest and the most positive way. Here’s how I feel: I have offered to match Patti. She made it obvious — it’s public knowledge — that Patti wants to get married and have kids. Why should I be the one who’s living the dream and not her? I feel bad for her. That’s how really I feel.

“Now, on the other hand, I get frustrated. Why? She did a show in New York, and the New York Post did an article where people left her show, and she berated them. She made them feel hopeless. Now, I happen to have a heart of gold, and I would never hurt somebody, and I don’t like people who hurt people. She did her series, left, and not only did they go back into the workforce and feel berated, and they thought they were going to go on the show and get whatever it was — get a date, not be single anymore, and [their] business was going to go up. The opposite happened.”

“So that’s when I said, ‘You know what? That’s not nice.’ So when the networks were approaching me, I said, “No. If I’m going to go with a network, they’d better do a show the way that I envisioned with the twins [stylists Jamie and Jenn Dunn] six years ago. It’s got to be a feel-good show.”

“I’m here to build people up, not to break them down. I never watched The Millionaire Matchmaker; I’ve never put on Bravo, period, so I don’t know whether her show is good or not, but all I know is that some of her clients who I’ve matched have gotten married. And not to say that I believe marriage is for everybody, but the ones who came to me were distraught. And that’s what upset me. Not her as a person. I would love, love to determine what her dating issues are and to put her right on the road to love so she can find the lid for her pot. Because everybody in this world is a person of value and everybody deserves love.”

SheKnows: What kind of man would you set Patti up with?

Flicker: “Listen, I’m talking about from watching her, and if you want to know how my intuitive magic works, here it goes: I watched Patti on an interview, and I think that she’s intelligent. She’s extremely intelligent; she’s extremely opinionated, and she’s a strong women. She’s a very beautiful woman; she’s a very attractive woman. So taking all that, I would match her with somebody who could handle her. And that’s the same thing I would match somebody like me with.

“My Michael is exactly that — because I’m strong, I’m opinionated, I’m a leader, I’m not a follower, so to me I’d want to see her with somebody who she can be compatible with, not walk all over. Somebody who can be able deal with her, a woman who’s that intelligent, that bold — in a good way. But the thing is is that I would match her with somebody — not necessarily with somebody who had money. Why? Because love has nothing to do with money. You can’t judge a man by his wallet… Money can’t buy you happiness, love or your health.”

SheKnows: Has Katie, the 25-year-old virgin who was on your show, been deflowered yet?

Flicker: “The virgin on the show has not been deflowered. Katie and I are very, very close. She is one of the nicest… I’m in love with Katie. First of all, I said to Katie, ‘It takes three to six months to get to know somebody.’ I love the fact that she’s a virgin, and I love the fact that she honors her body. It hasn’t been three to six months [yet], so there’s no way that she could get to know somebody. So I said to her, ‘If you meet someone you have chemistry with, and you’re in that relationship, you get to know him…. When it’s the right moment, you’ll know. Because it won’t feel like it’s rushed, and you have to feel it on the inside.’ She’s like, ‘That makes me feel better.’