It’s not easy being a Victoria’s Secret Angel. From non-stop jet-setting to an intense diet and exercise schedule, these ladies work hard to earn their wings. SheKnows talked to the top wing women, Miranda Kerr, Lily Aldridge and Alessandra Ambrosio at the 2011 Victoria’s Secret Fashion Show party about their heavenly lives.

t
Though their physiques are out of this world, with normal hobbies and close relationships to their friends and family, the Victoria’s Secret Angels are very much down to earth.

Miranda Kerr tells us what she and Orlando Bloom have planned for Christmas and how she lost the baby weight in time for the 2011 lingerie runway. 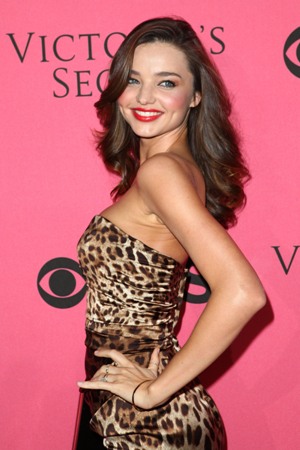 Miranda: Orlando is in New Zealand filming The Hobbit and my son’s at home asleep.

SheKnows: Does Orlando ever get jealous of all the men drooling over you?

Miranda: No, he’s grateful and I’m grateful. We’re both grateful that we have each other.

SheKnows: What are your plans for Flynn’s first Christmas?

SheKnows: Will you help with the cooking?

Miranda: I love to cook, especially when I’m cooking with my family. It’s just a wonderful thing to share.

SheKnows: You dropped the baby weight fast! What’s your secret?

Miranda: I’ve been practicing yoga for a long time, over ten years. I practice Pilates now since the baby. I also do a lot of resistance training, a lot of squats. I don’t like cardio.

Miranda: I haven’t had one in a while. I’m looking forward to going to New Zealand and having a vacation. 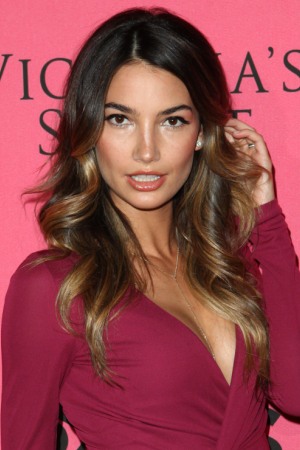 LILY’S SECRET BEAUTY TIP: Staying happy by going to the beach and soaking up the sun.

Lily: You just do a lot of working out and watching what you’re eating. And just try to have fun and stay positive. If you’re too stressed out, it’s just not fun.

SheKnows: Does anything crazy go on backstage?

SheKnows: What makes you feel sexy?

Lily: Feeling healthy and happy, usually when I’m on the beach or feeling sun shining on me.

SheKnows: You’re a newlywed, how do you keep your relationship hot?

SheKnows: You recently turned 26, what was your best present?

Lily: My husband got me these earrings. That was actually like the only present I got.

SheKnows: Any plans for the holidays?

Lily: Just being at home with my husband. Cooking food and watching Christmas movies. 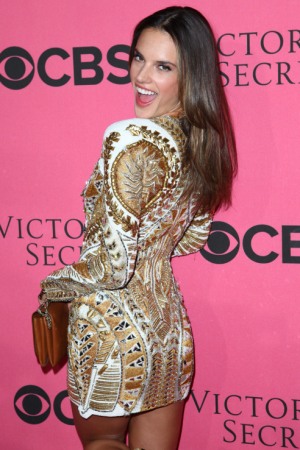 ALESSANDRA’S SECRET BEAUTY TIP: A great fragrance and nice lingerie. She says, “Everything comes from the inside out.”

SheKnows: You wore the heaviest wings ever made in this show, 30 pounds! How did you hold up?

Alessandra: When they first put it on me I wasn’t expecting all that weight and I almost fell back and I wasn’t sure if I was going to be able to pull it off and I saw pictures and did rehearsal. But the wings were so special and pretty.

SheKnows: Did you get to keep them for your daughter, 3-year-old Anja?

Alessandra: She has her own wings and they’re much lighter.

SheKnows: Well you didn’t look like you were struggling, what’s your advice to women on being confident?

Alessandra: A great fragrance, that’s the first thing I do. After that, nice lingerie. Everything comes from the inside to the outside.

SheKnows: What’s your favorite exercise to stay in shape?

Alessandra: My favorite exercise is surfing so when I go back to Brazil for New Year’s I’ll be surfing. But when it gets cold here I do Pilates. It’s fun, they play really loud music.

Alessandra: Chips, potato chips. I love buying them in the airport to eat on a plane. (P.S. We saw her munching on a red velvet cake pop from the HPNOTIQ Harmonie candy bar!)

SheKnows: You mentioned surfing in Brazil, what else are you up to this holiday season?

Alessandra: My Christmas plans are to go back to Brazil and spend time with my family and New Year’s go to the beach and hang out with friends and family there.