We’re getting our first look at some of the 2011 toast-makers who will be featured on Barbara Walters’ annual year-end special, Barbara Walters Presents: The Ten Most Fascinating People. Who do you think will be dubbed the Most Memorable Personality of the year?

What do the Kardashians and Pippa Middleton have in common besides Google-able rear ends? They fascinate Barbara Walters. 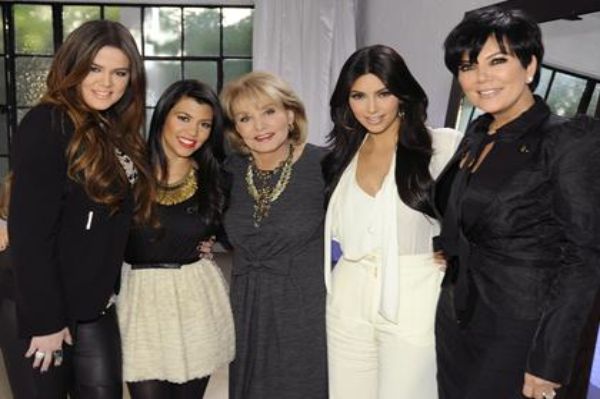 In another sign of the Apocalypse… or perhaps just a sign that Babs is getting a little senile: The controversial Kardashian Klan will join the ranks of pop sensation Lady Gaga, singer-actor Justin Timberlake, First Lady Michelle Obama and the cast of MTV’s Jersey Shore when they become one of the ten pop culture fixtures profiled on Walters’ 19th annual Most Fascinating People special next month.

While the Kardashians round out Babs’ cast of 2011’s Top Ten Most Memorable Personalities, some people just wish they could forget them all together. Take Daniel Craig, for instance. Have you heard what the James Bond actor had to say about Kim & Co. in the January issue of British GQ:

“Look at the Kardashians, they’re worth millions. I don’t think they were that badly off to begin with, but look at them now. You see that and you think: ‘What, you mean all I have to do is behave like a f—ing idiot on television and you’ll pay me millions.’ I’m not judging it — well, I am obviously.”

Hey Barbara, is it too late to have Daniel added to your list?