Glee took on music by ladies for ladies all in the name of Santana this week.

To viewers, Santana’s time spent (Naya Rivera) “swimming in the lady pond” is no secret. Glee’s spin on the cheerleader’s conflicting feelings has been one of the more intriguing and hilarious stories due to the character’s built up walls and sarcastic armor. This week’s ode to the ladies was brilliant. 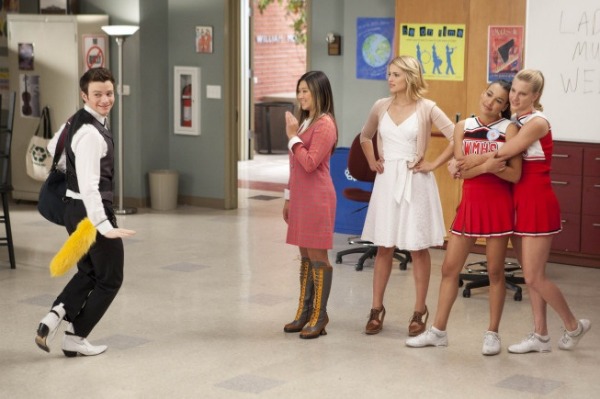 This week’s episode of Glee featured something we never thought we’d see — Finn putting together music by ladies for ladies in support of Santana accepting herself.

Santana comes out (but everyone knew)

There was Melissa Etheridge, some Pink and plenty of Katy Perry’s “I Kissed a Girl.”

Santana wasn’t completely on board with coming out of the closet, but after some lady songs, she told her parents. She was sweating it for nothing — they were fine with it. 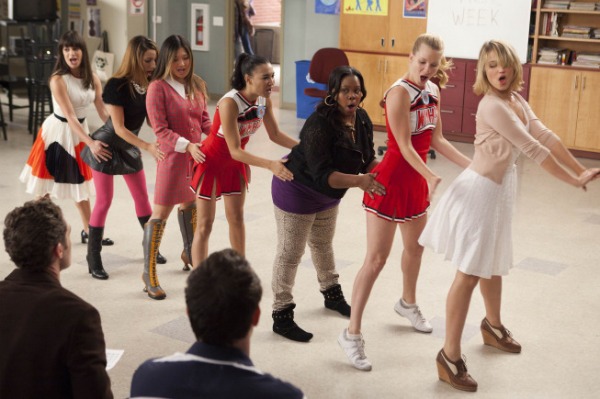 When it came to Santana’s abuela, it was a whole other story. In a heartbreaking scene, her grandmother told her some secrets should stay hidden. She talked of embarrassment and shame and then told Santana to leave.

It was truly a gut-wrenching twist to the episode.

In McKinley High presidential news, Kurt (Chris Colfer) thought about stuffing the ballet box to beat Brittany but he couldn’t do it. Rachel (Lea Michele), on the other hand, could.

She stuffed the ballet box with too many votes, which threw a red flag up for principal Figgins. He accused Kurt of cheating and gave the win to Brittany.

In true Kurt style, he offered Brittany his congratulations, but it didn’t end there.

Rachel told the truth and ended up being banned from sectionals and suspended. Uh-oh!

What did you think of this week’s Glee? Do you think Rachel can stay away from sectionals or will she come through at the last minute?