The Big Bang Theory is losing its leading man. Jim Parsons will take a break from the hit comedy to star in the Broadway revival of Harvey. 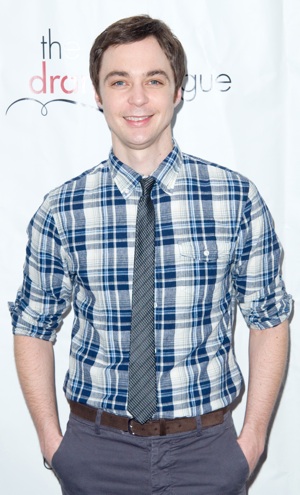 Jim Parsons is heading to the theater. The two-time Emmy winner is set to star in the stage revival of Harvey. This will mark Parsons’ Broadway return after his appearance in last summer’s The Normal Heart, which received a Drama Desk Award for Outstanding Ensemble Performance.

Harvey centers on a man named Elwood P. Dowd (Parsons) and his friendship with a 6-foot tall, invisible rabbit named Harvey. In order to spare his family embarrassment, Elwood’s sister Veta tries to commit him to a local sanatorium. But instead of admitting Elwood, the sanatorium officials mistakenly take Veta. When the truth is revealed, the staff is in a frenzy and the hunt is on for Elwood and his bunny buddy.

According to Broadway.com, Jessica Hecht has been cast as the overanxious Veta, while Charles Kimbrough will play William R. Chumley, M.D. Harvey was originally produced in 1944 and starred Frank Fay and Josephine Hull. Oscar-winner James “Jimmy” Stewart took over the role of Elwood in 1950, when the play was adapted for the big screen. He then reprised the part in 1970 in the Broadway revival opposite Helen Hayes.

Harvey will be produced by the Roundabout Theatre Company. Preview performances will take place at Studio 54 on May 18, while the official opening is scheduled for June 14.

If you can’t wait that long to see Parsons in action, you can still watch him each week on The Big Bang Theory. He appears as Sheldon, an anti-social genius who’s obsessed with science-fiction. The show airs every Thursday at 8 p.m. ET/PT.