Michael Jackson is the greatest performer of his generation, yet the final image of the star is in a courtroom. It is a tragic arc for one so talented. 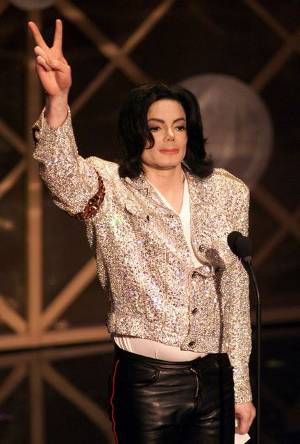 Michael Jackson is considered the greatest stage performer of his generation, but the last 20 years of his life were ironically filled with the public stage of courtroom drama. The sentencing of Jackson’s doctor, Conrad Murray, to four years in prison on Tuesday may be the last act of Jackson’s public life.

While Jackson dazzled fans in the ’60s, ’70s and ’80s, a tendency toward the odd in the late ’80s and early ’90s cast the singer as a harmless eccentric. Yet things turned dark in 1993 when the family of a 13-year-old boy named Jordan Chandler accused Jackson of child sexual abuse. The next 12 months featured legal maneuverings by Jackson, authorities and the Chandler family that often veered into the lurid. Jackson submitted to a strip search after the Chandler boy gave police a description of Jackson private parts.

Jackson was never charged in the Chandler case, but Jackson did settle out of court with the family for a reported $22 million. A footnote, Chandler’s father committed suicide in 2009, according to the Daily Mail.

In 1996, Jackson embarked on HIStory world tour, which broke records and lasted into 1997. HIStory is notable as it was Jackson’s last concert tour.

But if people couldn’t see Jackson on the concert stage, they did see him on TV in May of 2002 during an unflattering documentary by British TV host Martin Bashir. On it, Jackson discussed platonically sleeping with a boy and the appearance seemed to draw fire to him. In November of 2003, he was charged with seven counts of child molestation and two counts of giving alcohol to a minor. The trial begin in 2005 and this stage was not kind to Jackson, who was often seen entering the court room in states of duress, be it in his pajamas, in a wheelchair or egging on the crowd’s support from the roof of a car.

The trail lasted for five months before the star was acquitted on all counts.

The emotional and physical stress of the 2005 trial seemed to have taken a great toll on Jackson. His career sputtered and he was forced to sell the Neverland Ranch. Yet in 2009, he announced a new tour to be titled This Is It, which would mark his comeback. He died in preparation for the tour on June 25, 2009.

The trail of Conrad Murray did feature one final Jackson performance, when the prosecution played a tape of a drugged Jackson that Murray had made. An impassioned Jackson, slurring his words, tells Murray that helping children is his dream as he loves them, “because I didn’t have a childhood. I had no childhood. I feel their pain. I feel their hurt.”